Averting the road to Venezuela, by Femi Adesina 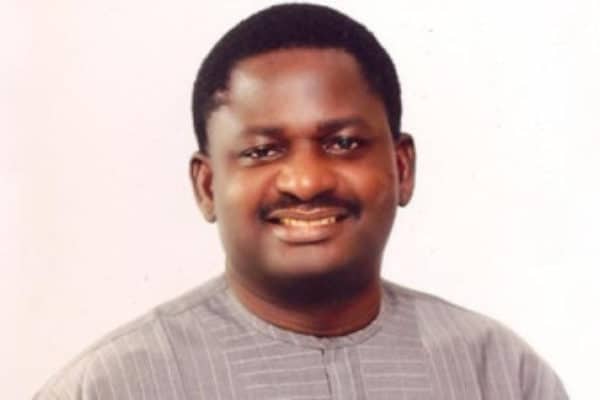 Let’s tell the story of Venezuela, because it bears striking similitude with that of Nigeria. Just like us, Venezuela is rich in oil, very rich. At a time, the county’s problem was not money, but how to spend it. Just like Nigeria.

And quite like us again, the South American country did not look inwards. It planted nothing, did not invest in agriculture, since there was an endless flow of oil wealth. Life was one long Christmas, and it was jingle bells all the way.

But the rainy days came, as they would always come. And the bells stopped jingling. Rain began to beat Venezuela badly. Nowhere to take refuge. It did not buy umbrellas in the time of affluence, so no shelter from the rains.

From the days of the immediate past President, Hugo Chavez, to the current Nicolas Maduro, the country has seen that life is not one long honeymoon. The egungun festival would always end, no matter how fun and pleasurable it has been.

From a land flowing with milk and honey, what are the characteristics of Venezuelan life today? Hyperinflation. Starvation. Diseases. Crime and high mortality rates. Massive emigration, the worst in the history of the country.

And the half has never yet been told. By 2017, over 75 per cent of the population had reportedly lost 8kg (19lbs) due to hunger. There are interminable food queues, and people even cross the borders, looking for sustenance. At least 94 per cent live in grinding poverty, more than 10 per cent (3.4 million) have left the country, and 25 per cent needed one form of humanitarian assistance or the other.

How did a country that was once an oasis of pleasure get to this sorry pass? Simple. Economic mismanagement, sole dependence on oil. More than 70 per cent of food needs were being imported, and why not, since petroleum-dollars were flowing. Then, the crunch came. Oil prices crashed, and Venezuela crashed with it. Just like it almost happened to Nigeria. Almost. If not for a simple man from Daura called Muhammadu Buhari.

Imagine paediatric wards in hospitals filled with underweight babies, who still continue to suck the shrivelled breasts of equally emaciated mothers. Close your eyes and try to envision hitherto middle class adults now rummaging through rubbish heaps for scraps, with the remainder of what used to be neckties now hanging limply over threadbare shirts and suits that have turned to “coats”, looking more like parachutes on thin shoulders . That was what Nigeria almost became. Almost. And by today, with COVID-19 ravaging the world, all international borders closed, oil prices crashed and external reserves dwindling, that is where we would have been. If God had not brought Muhammadu Buhari our way in 2015.

When he got to office as President, oil prices had crashed from an Olympian height of $100 per barrel (it even went as high as $143), and then dropped to less than $30. Where were the savings during the boom years? None. Where were the foreign reserves? Mere pittance. Empty national treasury. Excess crude oil account, depleted. Nothing in reserve, local or foreign. The Venezuelan situation was at the very doors. But how did we avert it? How did we avoid the journey to Caracas, the capital of Venezuela?

President Buhari knew that we had to stave off the evil day by getting to work immediately. Whatever money we had left must be put where our mouth was, otherwise danger loomed.

With a rallying cry, the President urged Nigerians to return to the land. They obeyed. God also showed mercy by giving consistently good rainy seasons back to back. And today, we can count our blessings.

In late 2015, the Buhari Administration came with the Anchor Borrowers Programme, championed by the Central Bank of Nigeria. It was launched in Kebbi, and the vision was to grant farmers access to finance so that they could grow rice, wheat, ginger, maize, soybeans, and many other products.

And what a revolution has been sparked off. When we launched in Kebbi in 2015, it was in a vast open land. When we went back to same state earlier this year for the Argungu International Fishing Festival, the heap of rice was almost touching the sky. We once had groundnut pyramids in this country. Now, they have been succeeded by rice pyramids. Just because a President came, and had a dream. He then turned the dream to reality.

I once visited one vast farm in Nasarawa State run by Nigeria Farmers Group and Cooperative Society. It is promoted by a man named Retson Tedheke, started in 2017, and there you have professionals from different disciplines, engaged in farming. Very impressive. I was told Vice President Yemi Osinbajo had also been there. The place sure is dreamland, and who would have thought a prophet could come from a small town like Nazareth? But it’s happening, right before our eyes. Thanks to the man from Daura.

Each time, as I see palliative materials being handed out at this time of health and economic emergency, and I behold heaps and heaps of bags of rice, all locally grown, I imagine what else could have happened. What if we had needed to import, and there was no foreign currency, and all international borders were closed? Hunger ooo. Starvation ooo. Weeping and gnashing of teeth. But we averted the journey to Venezuela. We avoided the trip to Caracas, because a man called Muhammadu Buhari came.

There was a time we imported beans even from Burkina Faso. Rice from Thailand, and from everywhere under the sun. Milk, tomato paste, palm oil, vegetable oil, even toothpick. Everything was imported. Today, we rank highest in Africa in rice cultivation and milling, with over seven million tonnes yearly. Jobs have been created in millions, and food sufficiency has almost been achieved.

Cotton farmers were funded last year to start production. It means a rebound for the textiles sector soon, and jobs and jobs.

Fertilizer that used to be imported at hundreds of millions of dollars, with the attendant sleaze that attended it, is now done locally. Nigeria and Morocco are in alliance, and the project is driven right from the Presidency. Not less than 11 moribund blending plants have been resuscitated, and we now produce about 1.3 million tonnes. Prices of fertilizer have crashed from N15,000 to N5,500 per bag. And set to crash further. Farmers now have direct access to the product, and at affordable prices. Just because a man from Daura had a dream, and turned it to reality.

Agriculture has contributed a great deal to our Gross Domestic Product in the past four years. The private sector has equally keyed in. Dangote Group is already test running a $2 billion fertilizer plant, which will see us become a net exporter of the product. And many others.

A presidential aspirant recently described the closure of our land borders as an “insane” policy. May we have many more positive insanities. If President Buhari was not proactive, even prescient, to have closed our borders, where would local farmers be today? Every food product was being smuggled into the country, thus discouraging local initiatives. And when borders were closed, apart from the security benefits, local production of food items thrived: rice, poultry, vegetables, tomatoes, other food products boomed. Yet, somebody says it’s “insanity” because the selfish interests of buccaneers were affected. More of such insanities, please.

The Coronavirus pandemic is severely testing our capacities to feed ourselves. And we are making a good showing, acquitting ourselves creditably.

Despite the crash in the global economy, we are continuing with key infrastructure projects, not borrowing to pay salaries as we did in the height of the 2014 oil boom. An army of entrepreneurs is being created in different spheres. All because a man from Daura had a dream, and turned it to reality. May God bless this man. Amen, somebody!

Woman even sell me cart and horse!

Heya! Matilda, she take me money and run Venezuela.”

But now that Venezuela is the way it is, with President Maduro striving day and night to turn things round, where will Matilda run to? Nigeria, I guess.

. Adesina is Special Adviser on Media and Publicity to President Muhammadu Buhari.