Author of 101 Fake News on EndSARS exposes inconsistencies in Report 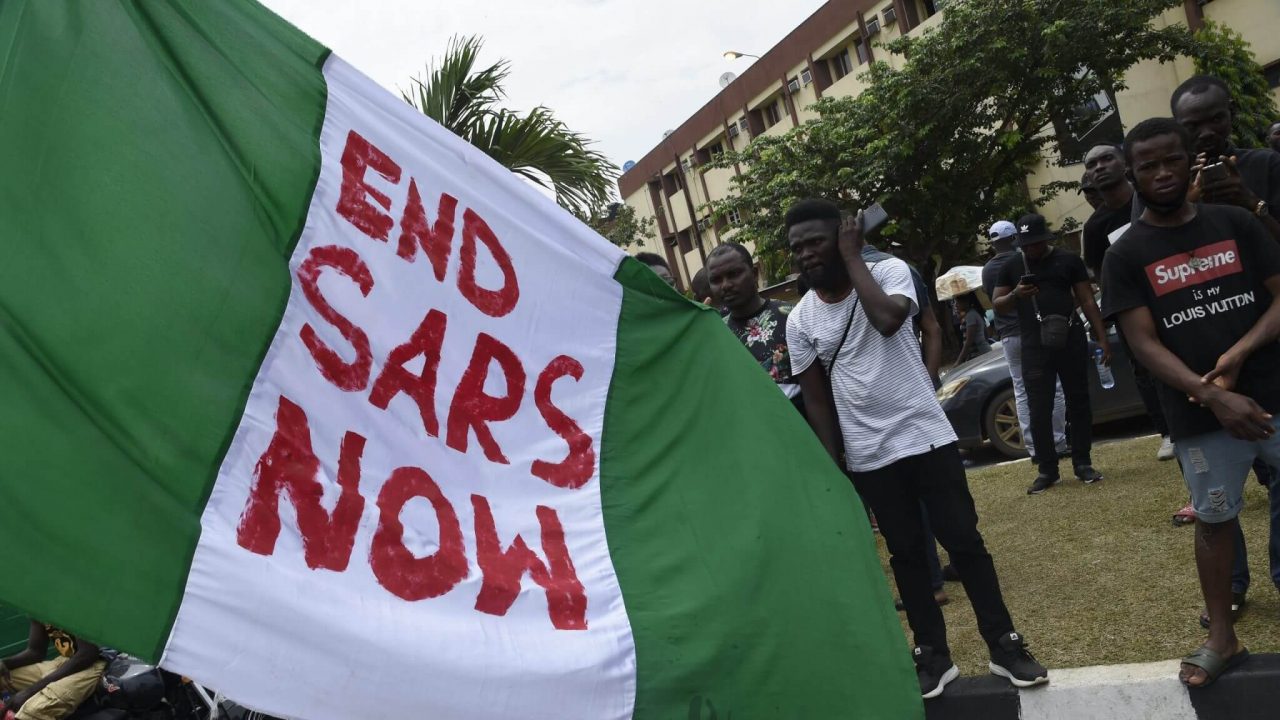 The award-winning campus journalist and the author of: “101 Fake News on EndSARS,” Dahiru M. Lawal, among other Nigerians have exposed what they regard as inconsistencies in a report submitted by Justice Doris Okowubi, Chairperson of Judicial Panel of Inquiry that probed allegations of brutality against EndSARS protesters in Lagos State.

The document by the panel was submitted barely a month after the book on EndSARS was presented in Abuja.

The book: “101 Fake News on #EndSARS,” identifies major fake news items that contributed to the massive destructions after the peaceful #EndSARS movement turned to violent protests nationwide in 2020.

After receiving the report on Monday, Lagos State Governor, Babajide Sanwo-Olu, set up a four-member White Paper committee, vowing to ensure justice is done to all concerned.

Speaking to PRNigeria, following the controversy, Lawal said he had examined the over 300-page report where he identified a number of claims that raise more questions than answers.

He said: “A large portion of what the panel relied on to pronounce their findings were based on accounts for protesters, the same set of people who peddled the misinformation and fake news that sabotaged the EndSARS movement.

“So how reliable can these accounts be?

“Also, Justice Okowubi said the Panel considered 186 petitions out of the 252 it received.

“What happened to the remaining 66 and on what basis were they filtered out and how much can we rely on the procedure that filtered what was considered and what was not?”

Lawal also expressed his shock over some names in the report that were allegedly listed as victims of the “Lekki Massacre”.

He said: “For instance, Page 168 and 185 of the report identifies Kolade Salami (Johnson) as a victim of the Lekki Tollgate incident when in fact media reports in April 2019 identified the same Kolade as a victim killed by men suspected to be from police special anti-cultism unit when he was watching a football match in a neighbourhood viewing centre.

“At the time, Lagos police spokesperson, Bala Elkana, issued a statement at about 6:40pm of the following Monday, announcing the arrest of members of the squad who perpetrated the act.

“Another name, Nathaniel Solomon, who appeared at the resumed hearing of the panel on 30th January, 2021, which was also reported, claiming that his brother who died at the Lekki incident had since been buried in Mubi, Adamawa State.

“The same name Nathaniel Solomon also appeared among the deceased in the report.

“Similarly, a certain Folorunsho Olabisi, who was mentioned on page 185 as a victim had earlier been denied by St. Nicholas Hospital Lagos.”

However, reactions have continued to trail the report from various quarters with some describing it as riddled with concoctions and fallacies.

A social media influencer, Adejare Ibrahim, described the report of the EndSARS Panel as fallacies and inconsistent.

Posting on Facebook, Ibrahim said the Lagos State Panel of Inquiry did a great disservice to many Nigerians.

He said: “The report is a pure distortion of glaring facts and cannot, in the face of in-depth probe and sophisticated analysis, stand the test of time.. The report is fraught with discrepancies, irregularities and fallacious stances, which further substantiates the claim of some Nigerians that no one truly died in Lekki Tollgate.”

Citing some of the examples of Kolade Johnson, Nathaniel Solomon, Florunso Olabisi among others, he said: “Amidst the spread of fake news by EndSARS protagonists and supporters that one Folorunso Olabisi was shot by the Army and his corpse deposited at St. Nicholas Hospital, VI, Lagos. The Management of the Hospital later debunked the malicious claims that they did not receive any corpse in their hospital. Till date, no one has countered the claim of St. Nicholas Hospital. The fact remains that the purported death of Folorunso Olabisi remains a myth. How the name later crept to the Okuwobi Panel Report is surprising.”

While mentioning the names of Jide, Tola and Wisdom, Ibrahim simply wrote: “Sincerely, this is hilarious and laughable. I don’t want to believe that a retired Justice of the Lagos High Court approved this below-the-belt report for public consumption. For God’s sake, what is the meaning of this? Who is Jide, Tola, Wisdom without surnames, descriptions, nothing! This is disgraceful!

“Kenechukwu Ugoh: His identity could not be traced on social media. The only person, whose name is close to this, is not active on social. I went through the profiles of some of his family and friends. None of them said anything about him being dead. The Panel should tell us how they came about his name.

“Olalekan Abideen Ashafa: There’s no one bearing this name on social. How he does not have a social media address or anyone declaring him dead is amazing.

“Olamilekan Ajasa: There are some people bearing this name on Facebook. Some of them are active and alive. There is nothing pointing to the fact that they are dead.

“These are the people Justice Okuwobi Panel wants us to believe died in Lekki, whereas there is no iota fact substantiating these claims. The Panel should have understood that that Nigerians are critical thinkers, who will not accept everything thrown at them hook, line and sinker. They will always probe the veracity of anything you tell them. Nigerians are greatly brilliant.

“The truth of the matter is that the Nigerian Army, represented by Major General Ibrahim Taiwo, had spoken the pure truth on the day of presentation at the Panel. The presentation was evidence-based and devoid of empty emotions. The Army, as a public institution, deserves some respect from Governor Babajide Sanwo-Olu. Their report has brought the truth to bare. Many of us, as well, have presented the truth in its plainest form. Our reports deserve to be looked into, not the report of those who have proven not to be neutral right from the inception of the report.

“In conclusion, I implore Governor Babajide Sanwo-Olu to think deep and ponder on this report before accepting it as a fact. The report is in no way different from all the junks reported by CNN, some Nigerian newspapers and their social media acolytes. It is full of irregularities, discrepancies and fictions. It will be a great disservice to many Nigerians if the report is in anyway considered.

“The Lagos State Attorney-General and Commissioner of Justice, Mr Moyosore Onigbanjo (SAN), should thoroughly go through the report before raising any White Paper as ordered by the Governor. Those who killed and maimed our security operatives and innocent citizens and destroyed public and private property deserve to be punished, not compensated for their criminal acts.”

Okuwobi has said that it considered 186 petitions out of the 252 it received in coming up with its report.