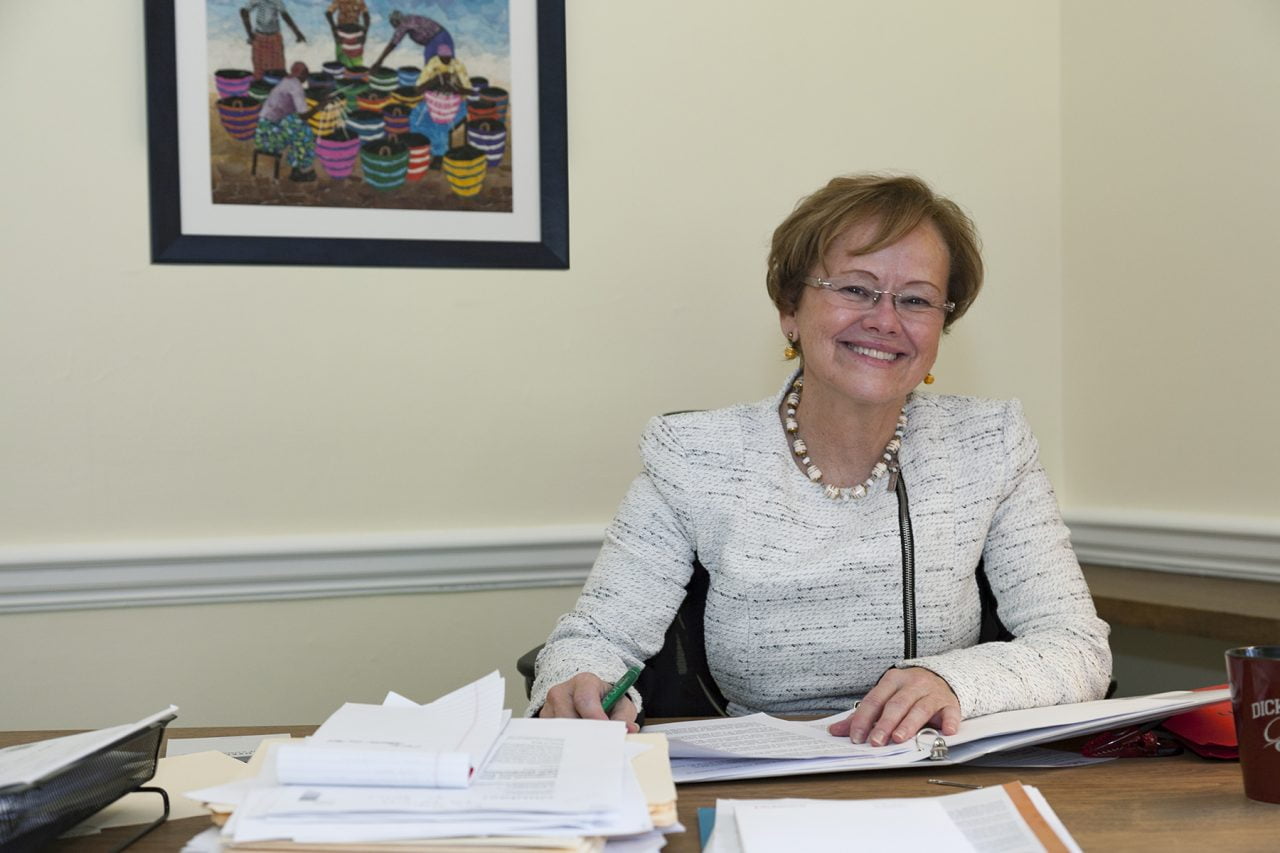 The American University of Nigeria has announced the reappointment of Dr. Maggie Ensign as President/Vice-Chancellor, with effect from June 1, 2021.

Dr. Ensign, who on May 14 announced her resignation as President of Dickinson College, one of the oldest and most distinguished liberal arts colleges in the United States, had first served as President of AUN from 2010 to 2017 before departing to take up the Presidency at Dickinson.

Chairman of AUN’s Governing Council, Senator Ben Obi, who announced the reappointment, said the Board and Council are fully confident that Dr. Ensign has the very best credentials and experience to lead the university through this critical stage in its development and pledged their unstinting support for her success.

Welcoming Dr. Ensign back to Yola, AUN Founder and former Nigerian Vice President, Atiku Abubakar, described the decision to ask Dr. Ensign to return to the AUN presidency as “one of the easiest in recent times,” in order that she might, “continue the excellent work that you have started at AUN.”

He charged Dr. Ensign with relaunching  and achieving  the bold strategic plan she developed for the university in her first seven year tenure, which aimed at building on the American style of pedagogy using the latest technology—including a superb new digital library–to train a new generation of African leaders, and to find solutions to the crucial economic and social challenges besetting Africa.

Atiku also challenged the returning President to reposition the university and intensify the recruitment of the brightest and best students from all over Nigeria and across Africa, students inspired by the call to leadership and service.

“Your return to Yola must bring back those creative community outreaches that enabled our institution to impact so greatly not only on the Yola community but across the country and the world.

“I remember, with a combination of pride and humility, how you mobilized the Yola Community and personally led the fight for the continued education of the abducted Chibok girls. You opened the AUN campus, first to those Chibok girls that escaped the onslaught of Boko Haram, and eventually to those few that were freed in 2016. You will be reuniting with some of this determined generation of young women who have continued to pursue their education dreams at AUN”, Atiku said.

It was under Dr Ensign’s first tenure that AUN transformed itself into a pioneering and innovative development university. She invested exceptional energy in promoting academic research while deepening entrepreneurship and hands-on leadership training as an essential component of AUN students’ learning experience.

By empowering the academic support systems on campus – the Mathematics Resource Center, the Writing Center, and the Student Advising and Retention Center – and strengthening the university’s connections with the Global Liberal Arts Alliance of universities, AUN students partook in exchange programs in universities in the US, the UK and Asia. Students of AUN made an outstanding impact in major global forums, scooping awards at the annual Model United Nations Conference in New York, the Facebook Challenge and the campus Hult Prize competition.

In 2015, the American University of Paris honored Dr. Ensign with a causa honoris for successfully aligning the development mission and core values of the American University to the specific needs of Adamawa State. President Ensign was cited for her leadership role in using education to promote peace, community development, and empowerment through a local platform, the Adamawa Peace Initiative (API) which she chaired as it took on a leading role in helping the many hundreds of thousands of refugees fleeing Boko Haram.  In the same year, the Adamawa State Women’s wing of the Jama’atul Nasril Islam in Nigeria (JNI) conferred an award to honour her contributions to leadership, philanthropy, and the education of women and girls in North-east Nigeria.

The entire AUN community joins with His Excellency Atiku Abubakar who wrote: “I feel most profoundly honoured to welcome you back to the American University of Nigeria, Yola, your home away from home.”