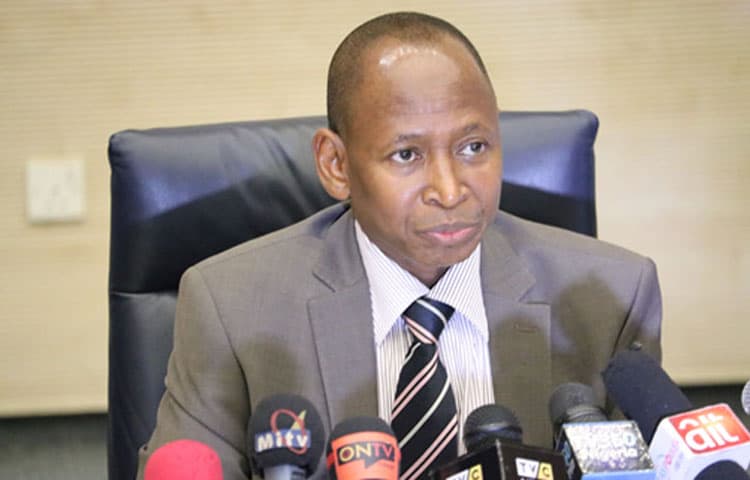 The Accountant-General of the Federation, Ahmed Idris, says the Federal Government will reinvigorate the Inter Ministerial Task Team set up to ensure prompt implementation of findings contained in audited reports of the extractive Industry.

Idris disclosed this in a statement by Obiageli Onuorah, Nigeria Extractive Industries Transparency Initiative Head of Communications and Advocacy, in Abuja on Tuesday.

He said: “The IMTT will now be resuscitated, it will come back to life and will continue to discharge the very objectives for which the government set up that Committee to achieve. The result will begin to come very soon.

“This is part of the collaboration.

“We are always supportive of what NEITI is doing and it is equally collaborating with us.

“We will put hands together to make sure that whatever is due to government by way of revenue, royalty, fines and so on, do come to government.

“We are supportive 100 per cent of what NEITI is doing and we will assist the officials to achieve their objectives.”

Idris further explained that NEITI was working in the areas of curbing corruption and plugging leakages in the extractive sector.

He said: “We are here essentially to strengthen our partnership and collaboration because we have a common goal.

“I feel it is important to visit NEITI to strengthen our relationship.”

According to him, the visit also shows the importance AGF attaches to the great work NEITI is doing in terms of looking into revenues from extractive industries that is supposed to come to government.

Responding, Orji described the Accountant-General’s visit as most encouraging considering efforts at revitalising the IMTT.

He said: “We want to work with all agencies that take custody of government funds, warehouse or manage them because most of these funds come from the extractive industries.

“I am very much encouraged by the massive reforms that the Accountant-General’s Office has carried out in terms of payment systems that have been automated.

“This has reduced very significantly issues of corruption.

“That is why NEITI finds the Office of the Accountant-General a very useful partner.

“When we look at NEITI’s industry reports we are encouraged by the responsiveness of the Office of the Accountant-General of the Federation to NEITI remedial issues.

“That is also the reason, perhaps, the Federal Executive Council found the office worthy to Chair the Inter Ministerial Task Team which the Accountant General of the Federation has come here to discuss the modalities for reinvigorating that team.

“That Task Team to us means everything.”

The NEITI boss said in the last five years, the IMTT had not been very active but pointed out that with the Accountant General of the Federation working with NEITI, that Committee would be resuscitated and help to reduce to the barest minimum the chances of NEITI quarrelling with sister agencies on the pages of newspapers.

The Inter Ministerial Task Team is an old initiative of the Federal Executive Council set up to implement recommendations on remedial issues in the NEITI industry Reports.

In another development, the Nigeria Extractive Industries Transparency Initiative is to sign a memorandum of understanding with the Nigeria Financial Intelligence Unit.

The MoU is to define modalities for deepening the engagement with the NFIU in the areas of information and data sharing in financial corruption in the extractive industries.

The Executive Secretary of NEITI explained that those measures were designed to ensure that those who took compliance to NEITI processes for granted would have themselves to blame for the consequences.

Orji said the MoU would also define parameters for strengthening the technical working group earlier established by the two agencies.

“NFIU will also collaborate with NEITI on training and manpower development,” he added.