The National Association of Persons Living with Physical Disabilities, Lagos State Chapter has charged the incoming governor of Lagos State, Babajide Sanwo-Olu, to look into the welfare of people living with disabilities.
The Chairman of the group, Dare Dairo, stated this on Tuesday in a press conference in Lagos.
Dairo said if the government wants to fight poverty, it should begin with people living with disabilities since, according to UN, 80 per cent of people affected by chronic poverty are people living with disabilities.
Dairo also appreciated the efforts of Sanwo-Olu for “demonstrating an informed awareness” during his campaign to improve the state’s policies on the inclusion and welfare of people living with disabilities.
He enjoined the incoming governor to develop an enterprise instead of promoting charity.
He further stressed on the need of restructuring inclusiveness at the local government level as there is no synergy between the local governments and the Ministry of Youth and Social Development and the Lagos State Office for Disability Affairs.
Dairo said: “Our cluster has been working to build capacity at the grassroots for our members, where the challenges of living with disability are most difficult.
“But our major challenge has always been the response from local government authorities.
“Most local government authorities in Lagos State are not even aware of the disability law or the existence of an agency like LASODA.
“Starting from LASODA to local government administration, the incoming government in Lagos State should see to it that the structure for inclusion is properly enshrined in critical areas like education, health, sports, poverty alleviation and poverty participation.”
Dairo further called on Sanwo-Olu to conduct a comprehensive audit of LASODA and the Ministry of Youth and Social Development.
He urged for LASODA to be removed from the Ministry of Youth and Social Development and placed directly under the Governor’s Office.
He also posited that the Ministry of Sports should effectively position Special Sports as a tool for empowerment, social inclusion and rehabilitation for people living with disabilities in the state.
Dairo also stated that LASODA should be assisted to establish a resource centre in one of its departments, with the department tasked to register and coordinate the activities of NGOs and private organizations that are working with people living with disabilities in the state, adding that this will promote inclusiveness between LASODA and the NGOs.
He also called for the securing of an administrative office for the Joint National Association of People Living with Disabilities as this will make government to relate easily with the members of the group.
Dairo also lambasted the nonchalant attitude of the telecoms industry towards people with disability, stressing that it is not a crime for a person with disability be made a brand ambassador.
He said in other countries, the telecoms industry does a lot, but in Nigeria the reverse is the case.
The chairman also pointed out that there should be special packages for the deaf by the telecoms companies since they cannot hear but only read.
He enjoined banks to allow disabled people to be able to access the banks and ATM machines as disabled people also do financial transactions.
Dairo thanked Governor Akinwunmi Ambode for his support.
He appreciated the support of former Governor Babatunde Fashola and Bola Tinubu.
Also, the Vice Chairman of the group, Yekeen Salau, urged the government to invest in special sports as it is not an eyesore.
Salau lamented that the Olympics is around the corner, but there is no preparation yet.
Te Assistant Secretary of the association, Ihuoma Susan, lamented that despite the fact the Lagos State Special People Law stipulates that 1 per cent of every employment should be given to people living with disability, the number of persons living with disability in the state civil service does not reflect that percentage.
The highlight of the event was the presentation of a letter of appreciation to Governor Ambode, who was represented by the Commissioner for Youth and Social Development, Agboola Dabiri.
The Eagle Online reports that the programme was sponsored by the European Union and implemented by the British Council. 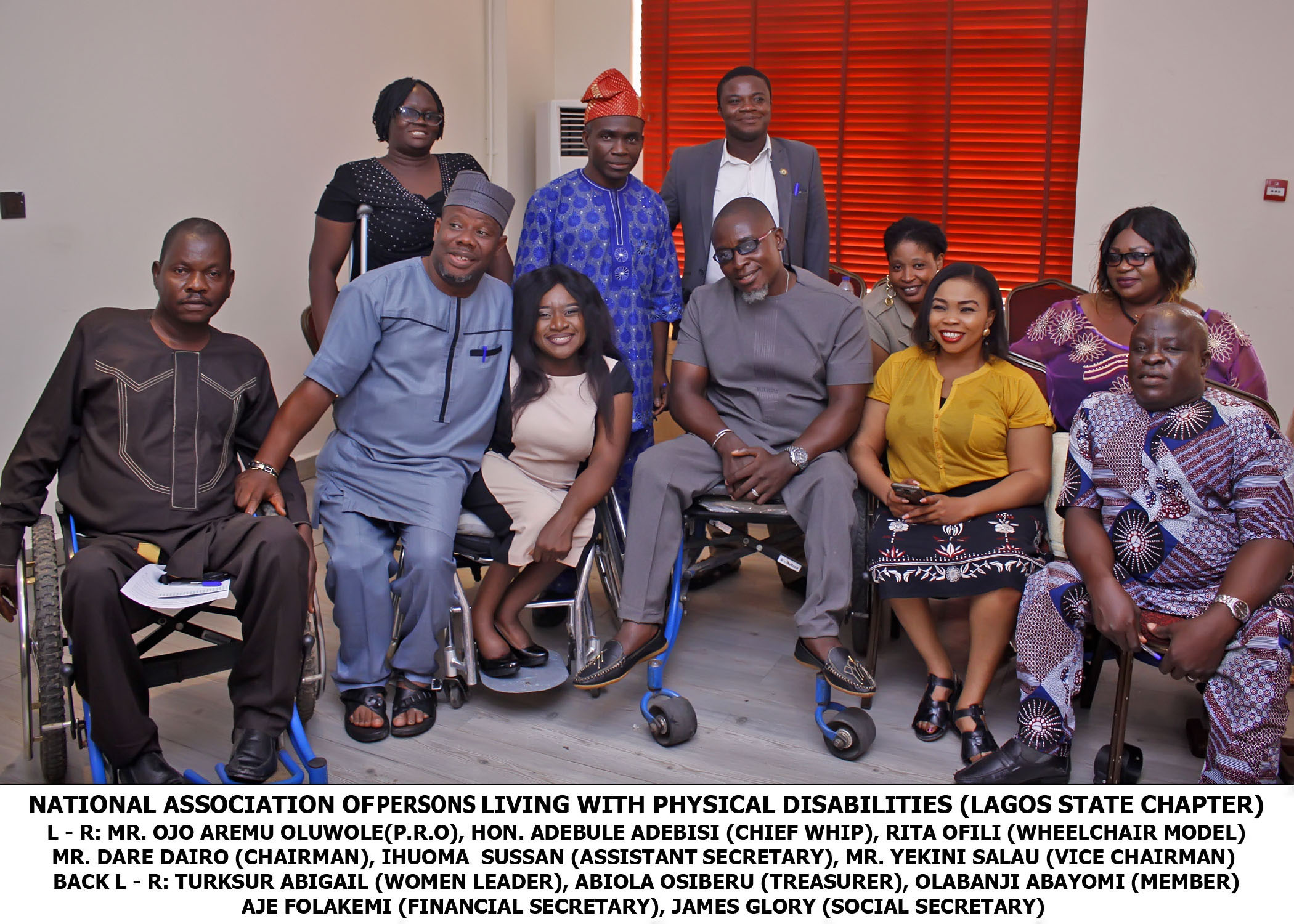 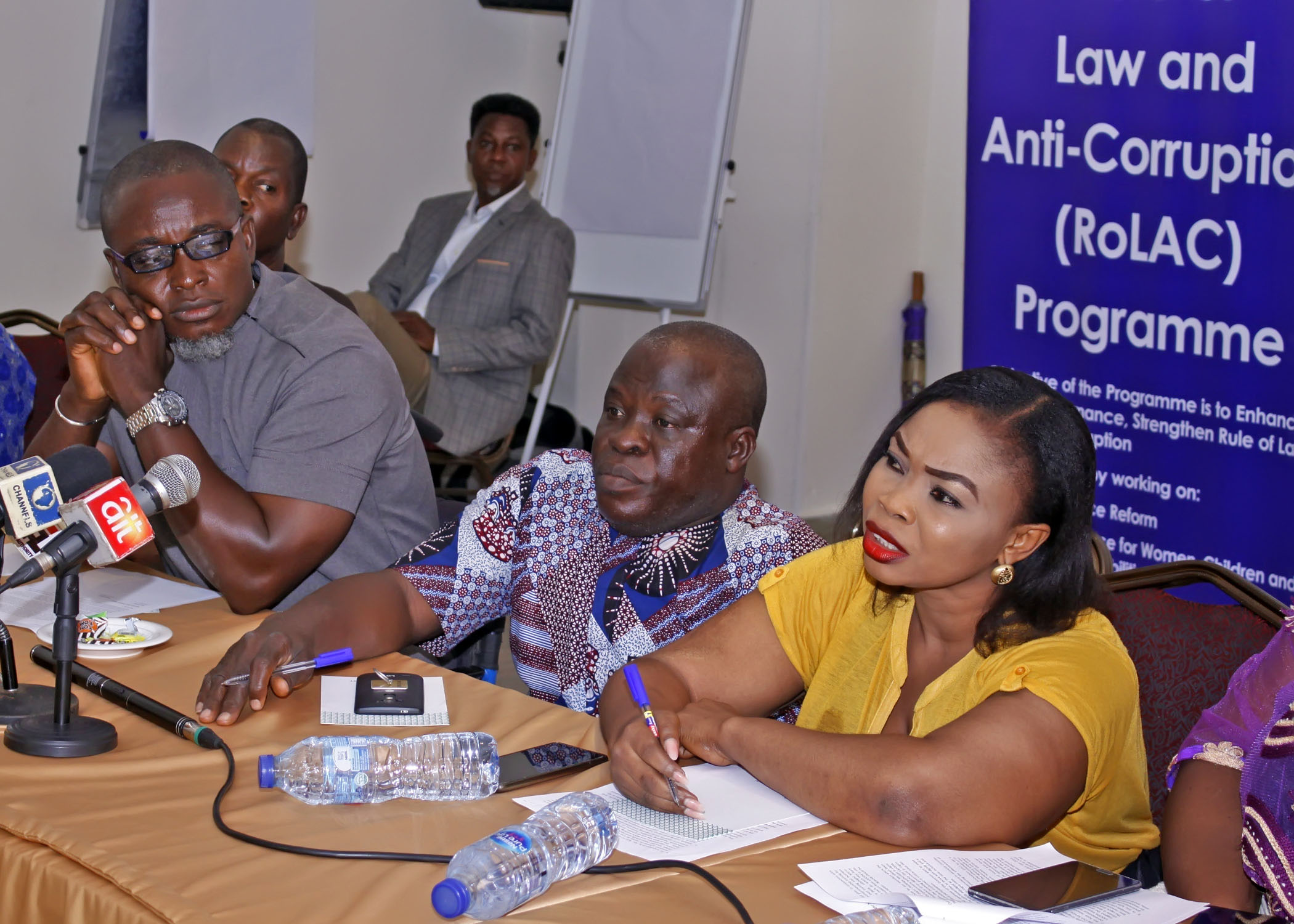 A warning to Gov. Ganduje and those that think like him, by Femi Fani-Kayode