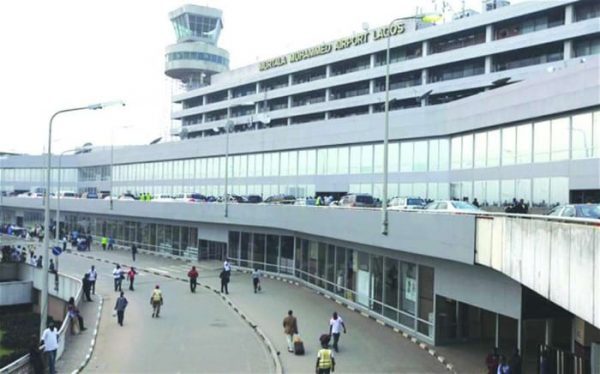 Bi-Courtney Aviation Services Limited, operators of the Murtala Muhammed Airport Terminal Two, has described as acts of lawlessness the threats by two of the unions in the aviation sector, the Air Transport Services Senior Staff Association of Nigeria and National Union of Air Transport Employees, to disrupt operations at MMA2 following the termination of services of some members of staff.
This was contained in a statement by the company in Lagos on Sunday.
The statement said: “The attention of Bi-Courtney Aviation Services Limited (BASL), operators of the Murtala Muhammed Airport Terminal Two (MMA2) has been drawn to the activities of two of the unions in the aviation industry namely, the Air Transport Services Senior Staff Association of Nigeria (ATSSSAN) and the National Union of Air Transport Employees (NUATE), who have threatened to disrupt operations of our terminal.
“We are taken aback by their threat to further display acts of lawlessness against our organisation.
“It would be recalled that when the General Aviation Terminal (GAT) was handed over to our company in accordance with the Concession Agreement executed between our company, the Federal Government of Nigeria and the Federal Airports Authority of Nigeria (FAAN), these two unions physically prevented us from exercising our constitutional and legal right of ownership of the terminal.
“Subsequent to this handover, the courts have confirmed that the terminal belongs to our company.
“It is interesting to note that the two unions, NUATE and ATSSSAN, actually challenged our ownership of the terminal in court in Appeal No. CA/A/141/M/09. The case was decided in our favour in the Court of Appeal on the 16th day of October 2010. Their case was dismissed for lacking any merit whatsoever.
“Sequel to this, the courts have awarded damages of N132, 000, 000, 000 (One Hundred and Thirty Two Billion Naira) in favour of our company for the liability we suffered up to 2009. As at now, the damage is in excess of N200, 000, 000, 000 (Two Hundred Billion Naira). The same unions, in continuation of their desire to sabotage the operation of the laws of the Federal Republic of Nigeria, are now threatening to disrupt our operations.
“We will do everything within the laws of Nigeria to enforce our right to peaceful existence and to operate our business without any interference from meddlesome interlopers.
“Contrary to their allegation that our members of staff had their service terminated because they threatened to join a union, these members of staff who were relieved of their appointment are staff who had either attained retirement age or who were found not to be diligent in their duties. We reserve the right to continue to improve the quality of our staff.”