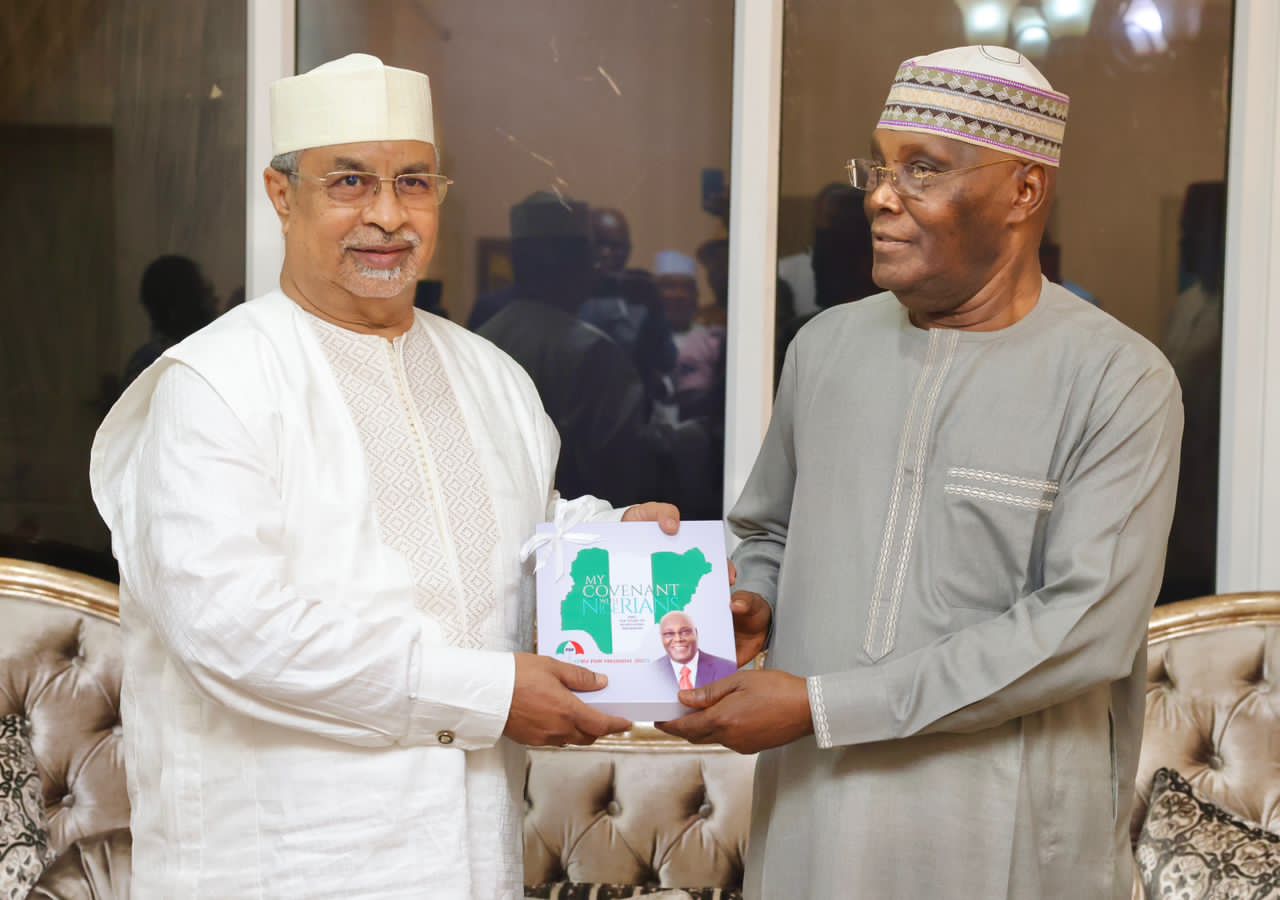 Presidential candidate of the Peoples Democratic Party and former Vice President of Nigeria, Atiku Abubakar has commended the United Nations for its interest and sustained commitment to the growth of democratic processes in Nigeria.

In addition to the United Nations envoys, the former Vice President also hosted diplomats from the South African Development Community led by Ambassador Pule Mphothwe of Botswana and officials of the South Korean Embassy to Nigeria, led by Ambassador Kim Young-chae.

Ambassador Saleh noted that the United Nations has a special interest in ongoing events in Nigeria because of the special influence that Nigeria holds in the ECOWAS space and the continent at large.

He noted further that the UN and its agencies will continue to support Nigeria in its democratic processes because, “when Nigeria sneezes, it’s the whole of West Africa that catches the cold.”

Responding, Atiku thanked the United Nations, and its Secretary General for the “continuous interest in Nigeria.”

Atiku used the opportunity to present Ambassador Saleh with a copy of his policy document titled, My Covenant with Nigerians, noting that the document underscores the entirety of his policy plans if elected as President of Nigeria in next year’s general election.