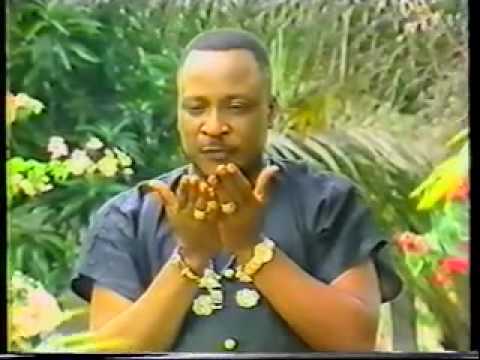 Fuji Maestro, Alhaji Kollington Ayinla, popularly referred to as Kebe N Kwara, has always been a big bag of tricks that is as unpredictable, as sweet as the beautiful music he plays.
In the 1980s when he was at his prime, news of his sexual escapades were always in the air and instead of it bothering him, he actually reveled in it.
Twenty years down the line, it doesn’t appear he is slowing down as his young wife who now lives with him confessed to one of our reporters that the acclaimed ‘General’ of Fuji is as hot in bed as ever.
The said reporter had gone to interview the ‘Baba Alatika’ as he is called in some quarters, at his Alagbado, Lagos State residence and found him to be in good health and of delightful disposition.
Throughout the interview session, he was said to be of good cheer and took on questions with candour, though he took exceptions to answering some sensitive ones, which he perceived as sheer effrontery to his private life.
Nonetheless, he was a consummate host.
Our reporter claimed he would want to visit him again.
It was while the lively interview was going on that his wife, simply called Hajia, showed up clad in the conventional veil the Muslims call Hijab.
On sighting her, the reporter invited her to join in the conversation but her reply nearly knocked the reporter off the chair.
“Please leave me alone for now. Alhaji has just reduced me to near nothing in bed,” she said, obviously revealing they just had sex.
Like a shark, it was a smell of blood to our reporter, who went for the kill by asking her if the Fuji Maestro is still very active in bed at his age.
“Please leave me alone, this man can kill in bed. I don’t want to talk about it,” she replied and retired into the inner rooms, looking truly worn out.