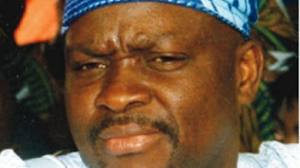 The Ekiti State Governor, Ayo Fayose, on Saturday pledged to re-dedicate himself to the service of the people of the state.
Fayose said he was grateful God has given him a rare opportunity to lead his people for the second time.
Speaking at a private ceremony to mark his 54th birthday in Ado-Ekiti on last Saturday, the governor also prayed that God would give him the needed wisdom, patience, strength and courage to lead the state to the promised land.
According to a statement by his Chief Press Secretary, Idowu Adelusi, Fayose also solicited the support of all and sundry for him to realise the dream of a better and greater Ekiti State during his tenure.
He said: “I am very grateful to God for the opportunity given me to lead Ekiti State for the second time.
“It is a rare chance.
“I am using this opportunity to let the people of Ekiti know that I am ready to even dedicate myself more to the service of my people.
“Though the challenges we met when we came on board few weeks ago are enormous.
“The financial state of Ekiti is parlous.
“However, we are not going to relent in the pursuit of excellence and welfare of our people.
“I am calling on the people of Ekiti State to give maximum support to the administration.
“The terrain is not strange to us.
“God who saw us through during our first tenure is going to be our support again.
“I want to let the people of the state know that the challenges we face now are not insurmountable.
“By God’s grace, I promise to leave Ekiti State better than I met it.
“The expectations of the people will be met.
“I only want to appeal to the opposition to note and know that we have no other state apart from Ekiti and we should not pull down one another in the bid to occupy political office.”
Fayose again used the occasion to appreciate his wife, Feyisetan, who he said was divinely created by God for him.‎
Quoting from the book of  Proverb, Fayose said he who finds a wife, finds favour from God.
He explained further that he was able to overcome the problems of the last eight years because he was blessed with a good wife.
He prayed that God should bless his wife abundantly.
Fayose also acknowledged the support given to him by his children, the siblings, friends and others, praying that God would continue to uphold them all.