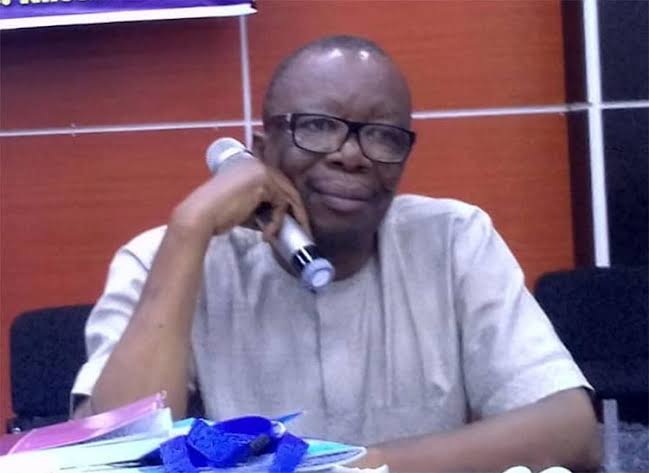 The Academic Staff Union of Universities says it has always been open to dialogue that will bring lasting solution to all areas in contention in its face-off with the Federal Government.

The lecturers’s association, however, regrets that the protracted strike by its members has taken this long without solution.

The President of the association, Prof. Emmanuel Osodeke, stated these in an interview with the News Agency of Nigeria on Saturday in Lagos.

The unionist was reacting to the 62nd Independence Day broadcast of President Muhammadu Buhari, during which he again appealed to the striking lecturers to return to classes.

NAN reports that the association has been on a nationwide strike since February 14, 2022.

Members of the association are protesting the non-implementation of the 2009 agreement it entered into with the Federal Government.

They also want better conditions of service, improved funding and a review of salaries, among other issues.

Several attempts to resolve the lingering issues by concerned stakeholders have not been successful.

Osodeke said” “Today, we are celebrating our independence as a nation, and I think it calls for deep reflection by all.

“This issue would have since been resolved if enough concern was shown at the early stage.

“We are not happy that our children have been at home for this length of time.”

NAN reports that President Buhari had in his Independence Day broadcast to the nation stated that his administration, since the inception in 2015, had put in place all measures to ensure that Nigeria took her place in the comity of nations.

He said that his administration recognised the importance of a well-educated populace, as a panacea to most of the challenges facing the country.

Buhari said: “We have, therefore, pursued policies and implemented programmes designed to create a literate and proficient society that ensures that citizens are availed with opportunities for life-long achievements.

“I must confess that I am very pained by the recurring disruption to our tertiary education system and I am using this Independence Day celebration to re-iterate my call on the striking ASUU members to return to the classroom while assuring them that I will deal with their contending issues within the limits of the scarce resources available.

“I want to also emphasise that this administration  in the last seven years plus, has been able to turn Nigeria around for the better.”

Meanwhile, a one-time Minister of Education, Prof. Chinwe Obaji, decried the incessant disruption of the academic calendar of universities.

She said it had devastated most of the students.

According to Obaji, more worrisome is how the students will be able to regain all what they have lost during the period under review.

She said: “The expression by President Buhari on the matter during his broadcast today is touching.

“And I really pray he swings into action.

“These children have suffered so much mental stress.

“They have been the ones bearing the brunt in all these for a fault that is by no means theirs.

“The question now is: How are the lecturers going to make up for this lost time should they decide to go back to class?

“Most of these students refer to us, including the lecturers, as their parents and in all of these, they have not been found wanting, rather, they have been at the receiving end, whenever strikes like this occur.”

Obaji recalled a period when the universities witnessed such protracted strike by lecturers in the past.

She added: “These students were made to start examination two weeks after the strike, and to me it s a great disservice to not just them, their parents, but to the entire nation at large.

“These students, during this period, could have been exposed to all forms of vices and avoidable calamities, just as they will also pay their rents, for those living off campus, irrespective of their long absence.”

She emphasised the need for the striking lecturers to have a rethink and seek means of resolving the issue amicably soon enough for the sake of the students.

Obaji said that the lecturers must also find means of making up for the lost time for the students and not just resume to rush them into writing examination.

A concerned parent, Florence Ibem, also expressed worry on the lingering strike, describing it as demoralising.

According to Ibem, the situation is destroying the future of the youth, and whatever needs to be done to salvage it must be done urgently.

She said: “The entire thing is no longer funny.

“It is eating deep into the psyche of these children, having stayed at home idling away for almost eight months now.

“We never had it this bad, even during the peak of the Coronavirus pandemic.

“Something must be done and very quickly too.”