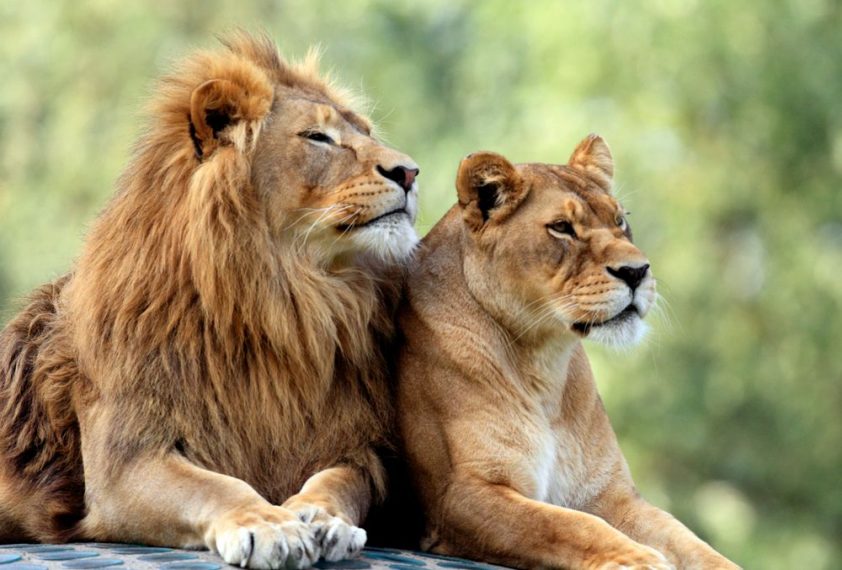 The Nigerian Association of Zoological Gardens and Wildlife Parks says it rescued a distressed lion trapped for five days in Kaduna zoo, known as Gamji Gate, by the recent flood in the state.

Francis Abioye, NAZAP National President, told the News Agency of Nigeria on Wednesday in Owerri that the rescue was carried out in collaboration with an NGO, [email protected] e.V.

NAN reports that a trending video on social media captured a malnourished and distressed lion in Kaduna zoo after being trapped for five days by flood.

Abioye said the rescue could not be easily carried out due to lack of tranquilizers to administer on the lion to gain easy closeness to it, a situation, he said, caused the animal serious distress.

He noted that NAZAP with the support of [email protected] e.V initiated the rescue operations to save the animal and directed temporary closure of the zoo until the situation was brought under control.

He said the association had mobilised veterinary experts to immediately commence treatment on the animal to save it from untimely death.

“The problem started after a recent flood ravaged the park and affected majorly the cats and paddocks.

“Lack of equipment to tranquilize the lion and gain closeness made it impossible to rescue the animal immediately.

“An executive of NAZAP on getting the information immediately mobilised to the scene and has been able to rescue the animal, the situation is now under control,” he said.

The association’s boss said the effect of the trap caused the lion loss of appetite, massive weight loss, skin infections and other yet to be determined ailments.

He said the general system failure in wildlife conservation was regrettable and urged governments to improve in the care of animals kept in captivity, especially the endangered species.

According to him, the association will soon commence accreditation of zoos and wildlife parks, adding that any facility that falls short of standard will be closed.

He also said that the Ministry of Environment had rolled out preliminary guidelines which would become working documents to upgrade zoos and wildlife parks in Nigeria.

He added that as soon as all stakeholders and NAZAP agree on the guidelines, many zoos that fall short of standard would be closed.