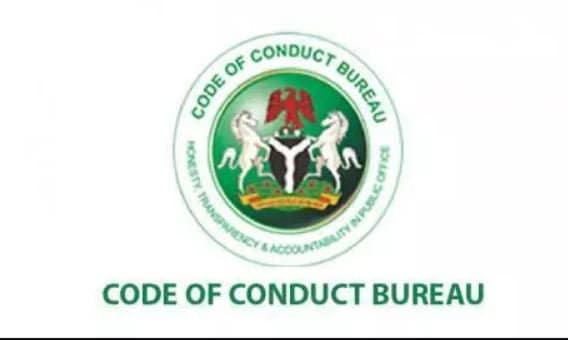 About seven ex-Commissioners in the last administration in Enugu State will be prosecuted if they fail to regularise their assets declaration with the Code of Conduct Bureau by July ending.
Lucy Ijetta, the State Director of the CCB, disclosed this in an interview with the News Agency of Nigeria on Wednesday in Enugu.
Ijetta also said that five Special Advisers in the state between 2015 and 2019 will face prosecution by the end of next month for the same offence.
She explained that the affected former commissioners had till the end of July to either regularise their assets declarations, having ended their stewardship with the State Government, or risk prosecution.
She said 24 commissioners and 15 special advisers served in the last dispensation in the state, but only 17 former commissioners and 10 special advisers had complied with the regularisation rule.
Ijetta said: “Among the 24 former commissioners, 17 have ended their tenures with us, while 10 of the former special advisers had also done the same thing.
“The defaulters have until the end of July to do so, failing of which I will list their names as defaulters and forward to our head office for onward transmission to the CCB Tribunal.”
On the level of compliance with assets declaration by political office holders and civil servants in the state, Ijetta said there was substantial compliance.
She said Governor Ifeanyi Ugwuanyi and the Speaker of the State Assembly, Chief Edward Ubosi, who were returned for a second term in office, had declared their assets.
The state director said that a whole lot of members of the state assembly in the last and the current dispensations had also complied.
She also said there were civil servants in the state that had failed to comply with assets declaration rule.
“Every civil servant is expected to declare his/her assets every four years while political office holders declare theirs at the beginning and the end of their tenures,” Ijetta said.
On whether asset declaration forms of the political officers could be sighted and scrutinised, Ijetta said it was not within her powers to release them.
She said the forms had been sent to CCB headquarters in Abuja, adding that such requests were granted at the headquarters.
NAN.