As Gbadebo-Smith ‘Mr. Reformer’ returns to NISER, by Yusuf Kazeem 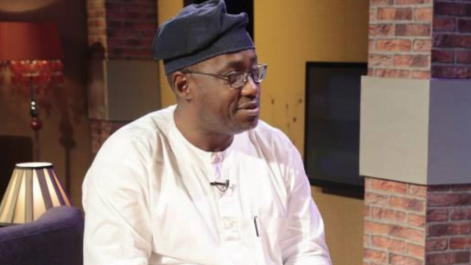 When Dr. Folarin Gbadebo-Smith assumed duties as Director-General of the Nigerian Institute of Social and Economic Research (NISER), he was appalled by the state of the institution. The facilities were dilapidated, the conveniences were run down and there was little to suggest that the premises he had driven into was home to NISER which remains unarguably, one of Nigeria’s pre-eminent research institutions.

Not a man given to hand wringing, he went to work immediately. As he recalls it “I knew I had to make NISER look like, feel like and produce work like a globally recognized research institute.”

Gbadebo-Smith knew he had to reform the institute and it was his reform agenda that set him on a collision course with entrenched interests not willing to see a turn-around.

One of the first things he did as DG was connect NISER to the world wide web because what is a research institute if it cannot connect to the vast world of information available on the web or reach out to other researchers and research institutes at the click of a mouse?

It was a welcome and timely development, one that was duly acknowledged by a group of four professors who wrote a testimonial to NISER’s supervising minister requesting a renewal of the Director Generals tenure for a second term.

With NISER connected and plugged in, Gbadebo-Smith embarked on a diplomatic manoeuvre of sorts, one aimed at shoring up NISER’s image within and without Nigeria as a research institute of note and one that deserves support from donor agencies.

The success of his overtures is evident in the fact that NISER has “re-established relationships with major international grant makers including MacArthur Foundation, ODI of London, King’s College University of London” and also reactivated “NISER’s Knowledge Network including MOUs with Ahmadu Bello University, Federal University of Technology Mirtna, University of Cape Town, University of Delaware USA, and INEC lnstitute.”

A research institute derives its name from the research it engages in. This was a major concern for Gbadebo-Smith who remains fully convinced that research is a veritable tool for national development and this was at the core of his decision first to carry out a “Merit based recruitment of 40 research staff, thus introducing fresh rigour into NISER and its research activities.”

He also followed that up with not just regular funding of departmental research projects but quickly revived the moribund Individual Research Project (IRP) programme for NISER research staff because by the time he assumed office in 2017 “very few researchers had IRP ongoing. Today, almost all NISER research staff now engage in IRPs.”

The qualification, ‘almost’,  is because, as a reformed minded technocrat at the helm of a world class research institute, Gbadebo-Smith has continuously insisted on merit and sterling academic credentials as prerequisites for staff of NISER.

This of course has not gone down well with the laggards, who unable to pursue pure academic endeavours have found safe havens in the unions which they have now hijacked and turned into instruments of attack.

There is an extant rule in academic institutions of which NISER is one; if a researcher fails to acquire his or her PhD within 5 years of employment at the institute; such an individual is asked to withdraw.

Some of the more prominent members of the unions have failed to make that mark after 15 years of trying. These failed academics have now found refuge in the unions especially after they have sought promotions and been denied on the basis of lack of qualifications and academic rigour.

Having failed to arm-twist the DG they have chosen the oft travelled road of false and baseless accusations of financial impropriety hoping to smear the DG’s reputation and assassinate his character because of this administration’s well known zero tolerance for corruption.

But their accusations are not just baseless they lack merit because a DG cannot, for instance,  misappropriate N1.5bn over four years when the entire budget available to him for the same period was under N850m.

In their letter to NISER’s supervising minister, Honourable Clement Agba, the professor’s gave a unanimous vote of confidence in the man who has championed reforms in his capacity as helmsman of the institute.

“We the undersigned, having served the institute for many years as Research Professors, Heads of Departments and members of NISER Management, believe that Dr Gbadebo Smith has done a commendable job as Director General of our institute.  A second term for him is in order and most desirable to improve NISER performance and prevent a return to a state of despondency and loss of the gains of almost four years of Dr Gbadebo-Smith’s leadership at NISER…Dr Folarin Gbadebo-Smith has demonstrated exceptional brilliance and high intellect in public policy discourse and in various public engagements. Though not a professor, he has distinguished himself in the understanding of development policy research and the expectations of NISER’s mandate. ln our opinion, he eminently qualifies for a second term to advance and complete the good works he started.”

One would expect that with such glowing testimonial from eminent professors and leading lights of apre-eminent think tank, an institution which carries the banner of Nigeria’s intelligentsia, that NISER’s academic unions would sheathe their swords and allow the train of reforms and progress proceed without let.

But sadly this has not been the case because as at press time, the gates of the institute were under lock and key with the unionists keeping their fellow colleagues away from work and daring a confrontation.

As one looks forward to a quick and peaceful resolution of the current impasse, the hope is that as Dr. Gbadebo-Smith returns for another term, he will be able to complete his reforms and that the hardworking, diligent members of staff, the successful professors who continue to do excellent work do not get frustrated by these unfortunate series of events.