As corrupt henchmen queue behind Tinubu, by SKC Ogbonnia 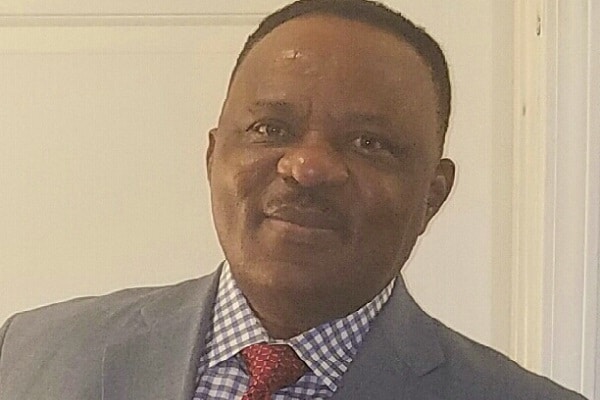 Chimaroke Nnamani: Chima-Who? Yes, Nnamani, the disgraced former governor of Enugu State, and the mudhook of the infamous Ebeano regime, which had reduced the state to a territory of terror, where plunder, political brigandage and banditry were the order of the day! More relatively, he had ruled Enugu as a personal fiefdom and, consequently, amassed huge wealth, including a slew of companies and landed properties worth several billions, which were eventually forfeited to the federal authorities. The date of the court ruling, as well as the forfeiture, is July 8th, 2015. “You can go and VERIFY”

Femi Fani-Kayode: He remains the same unabashed, bombastic bozo, and social media nuisance, who peddles fallacies as facts. The political pander is currently facing a 17-count charge of N4.6 billion money laundering brought against him by the Economic and Financial Crimes Commission (EFCC). (A bozo, by the way, is another name for wazzock — meaning a stupid person, a clown, a buffoon, and nincompoop.)

Abdullahi Ganduje: This highbinder is the sitting governor of Kano State, whose sole raison d’etre of being in politics is to perfect criminal artistry. In short, everything about this man represents everything bad about Nigerian politics. Lest we forget, Ganduje is that social bovine who was seen in a trove of video clips receiving bribes from a state contractor and stuffing the money in wads of dollars into his oversized pocket. A simple Google of Gandollar says more.

Listing the corrupt henchmen who are promoting the blind ambition of Asiwaju Bola Ahmed Tinubu is akin to counting the sands at the ocean shore. But Chimaroke, Fani-Kayode, and Ganduje- representing the East, North, and West, respectively–are highlighted here, because they have emerged as the most vexing sample of the shameless anchors of the infernal project.

But make no mistake about it, the other political parties have their share of corrupt kingpins, but the magnitude of those tied to Tinubu is grossly horrifying. In fact, one will not be faulted to add to his camp the likes of Oyenusi, Anini, Evans and, in short, every notorious criminal activist that has ever existed in the land.

The point, if it is not already manifest, is that Bola Ahmed Tinubu attracts corrupt characters as honey attracts bees. Today, the Nigeria’s corrupt bigwigs and their every shadow are falling on top of each other to identify with one of their own. They are crossing party lines, some are even rising from their graves, opening their hidden vaults. Not to be forgotten is the show of shame where over 30 luxury private and chartered jets were on ground to witness the inauguration of the Presidential Campaign Council of Tinubu.

Their goal is simple: These political buccaneers are merely queuing behind Tinubu because they view him as the man most likely to protect their corrupt empires. But this predicament begs further analysis.

Now, let us consider that despite Nigeria’s sleazy reputation, none of its leaders in history—whether military or civilian—has ever assumed the governance of the country with the type of shady background well known of Bola Ahmed Tinubu. Let us also remember that most of those leaders, if not all, ended up becoming more corrupt than they were before gaining power. We can then imagine what becomes of the country if the presidency is truly the Tinubu turn.

The most vexing yet is that unlike in the past, no one seems to care.

In his book, The Accidental Public Servant, the current governor of Kaduna State, Nasir el-Rufai, revealed how himself and then sitting EFCC Chairman, Nuhu Ribadu, worked assiduously to ensure that the former governor of Rivers State, Dr. Peter Odili, did not emerge as the presidential candidate of the Peoples Democratic Party (PDP) in 2007. They viewed Odili as corrupt. Interestingly, it was the same period when Ribadu at a Senate hearing did not hesitate to state that the degree of Tinubu’s corruption is one of an “international dimension.”

This comparison becomes more mindboggling when considered that the Asiwaju does not even attempt to hide his own loot nor ashamed of his shady background. Unlike Odili, Tinubu goes to boast that he has more money than a whole state, thanks to his sudden billions. Unlike Odili, not only does the former Lagos State governor own private jets, but the man also openly launders his money in bullion vans.

Even as a presidential candidate, the Asiwaju does not care. Neither this man nor our party, the All Progressives Congress (APC) cares that high-ranking members have confessed that he gained the presidential ticket through blatant bribery.

Fellow Nigerians, we must resist this brazen impunity. We must take back our country. And the corrupt henchmen and their master must understand that this time is not business as usual. As a former American President, John F. Kennedy, once said, “Those who make peaceful revolution impossible will make violent revolution inevitable.” They must understand that any “violent revolution” this time will not be a conflict between the tribes or between the Christians and Muslims, as they would wish. The target are squarely the corrupt ruling elite and their rogue sympathizers.