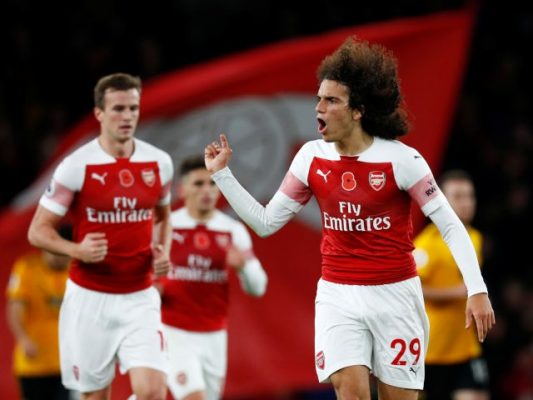 Arsenal is desperate to keep burgeoning talent Bukayo Saka and want to open contract talks as soon as possible as Borussia Dortmund become the latest team to eye the teenager.

The 18-year-old has been one of Arsenal’s stand-out performers this season, despite having spent much of the campaign out of position at left-back.

Naturally a winger, Saka has excelled in place of Kieran Tierney and Sead Kolasinac to the point he can be considered a deputy in the position in years to come.

Saka’s form would have piqued the attention of Champions League clubs across Europe anyway, but the London-born attacker being out of contract in 2021 means plenty of rivals are sniffing around him.

Football.london report that there have been no talks between Saka’s representatives and Arsenal since February, although he is out of contract in a little over 12 months’ time.

Yet despite that, the Gunners are said to be desperate to keep their academy graduate.

Saka only earns £7,000 a week on the current terms he agreed back in September 2018 but even despite the squad taking a 12-month wage cut due to the coronavirus crisis, can expect an upgrade in his salary if he pens an extension.

Speaking last month, Coach Mikel Arteta said of the situation: “The club is doing what it has to do and is having conversations.

“We’ll get it resolved.”

The Daily Mirror, though, said that Dortmund are the latest team to look at the teen as they eye a repeat of the progress of Jadon Sancho in the Bundesliga.

The German giants picked up Sancho from Manchester City for less than £10 million and look set to sell him for 10 times that fee this summer with Manchester United keen.

United and Liverpool are also said to be looking at England youth international Saka, as are Bayern Munich.

Speaking about his future back in February, the player insisted he leaves contract talk to his agent and parents.

He said: “Do I want to stay? Like I said it’s for my agent. They’re sorting it out.

“Of course I’m enjoying my football, enjoying playing under the new coach so we’ll see what happens.”