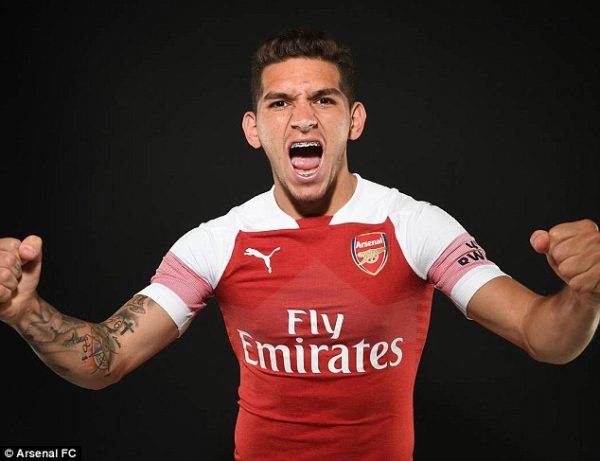 Arsenal have completed the signing of Lucas Torreira from Sampdoria in a £25 million deal.
An agreement for the Uruguay international was reached during the World Cup but the deal could not be pushed through until his side had been knocked out of the competition.
He flew to London for a medical early this week before the transfer was confirmed on Tuesday afternoon.
Speaking after his move was completed, Torreira said: “I want to make the most of this opportunity life has given me. I am really looking forward to starting this new adventure.
“For a while I’ve been receiving loads of messages in my social media accounts. I guess it’s all down to the fact there were talks of me moving to Arsenal even before the World Cup started.”
Manager Unai Emery added: “In Lucas Torreira, we have signed a young player who is a very bright talent in the game.
“A midfielder with great quality, I have enjoyed watching his performances for Sampdoria in the past two seasons, and we all saw him do very well for Uruguay in the World Cup.
“He is a young player already with good experience, but who wants to keep on growing.
“We welcome Lucas to Arsenal and look forward to him joining us soon for pre-season.”
Torreira becomes the fourth senior signing since Emery took charge of the club at the start of the summer.
Emery replaced Arsene Wenger, who had been in charge of Arsenal for the last 22 years.
The Spanish manager has also signed Sokratis Papastathopoulos, Bernd Leno and Stephan Lichtsteiner as he makes his mark at his new club.
Torreira’s new team get their pre-season underway with a game against Atletico Madrid on July 26 in Singapore.