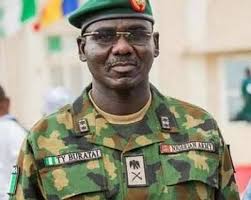 Lieutenant General Tukur Buratai, the Chief of Army Staff, says Nigerian Army will continue to explore new ways to stamp out all security threats across the country.

Buratai made this known at a four-day media workshop with the theme: “Supporting the Military: Panacea for Improved National Security,” which began in Lagos on Monday.

According to him, the Nigerian Army School of Public Relations and Information 2020 Media Workshop is aimed at mitigating the current security challenges.

This year’s edition is geared towards building capacity and enhancing collaboration between security agencies and information managers of the Nigerian Army, commanding officers, defence correspondents and online media practitioners.

He further emphasised that effective synergy between the military, other security agencies and the media would also enable the stakeholders collectively succeed in building the public confidence.

“We will continue to build the capacity of our personnel through training and retraining both at home and abroad.

“This workshop is, therefore, designed in line with the current Nigerian Army training objectives aimed at mitigating contemporary security challenges.

“We will continue to explore new ways and means to alleviate these threats all across the country,” he said.

Buratai said that the workshop, therefore, was a forum for informed discussions and cross-fertilisation of ideas to achieve synergy among participants and stakeholders to generate new ideas.

“That will enhance the narrative which will support the Nigerian Army in our efforts towards enhancing national security.

“It is through this kind of forum that we can foster the understanding of each other’s roles and therefore contribute meaningfully towards the desired synergy, cooperation and collaboration for the benefit of our society towards achieving peace, security and stability in our country,” he said.

Buratai urged the participants to apply the knowledge acquired towards stamping out all forms of criminal activities that constitute a threat to national cohesion and security.

On his part, the Acting Commandant, NASPRI, Col. Mohammed Anka, said that security challenges experienced in the country required all and sundry to be more proactive individually and collectively to curb the menace.

“With a population of about 200 million and more than 495 ethnic groups, Nigeria remains Africa’s most populous nation with a multiple of crimes and criminality by enemies of state.

“A lot of efforts have been made by the Nigerian Army and Nigerian Armed Forces to provide effective and enduring security mechanisms.

“Security challenges being experienced in the country require all and sundry to be more proactive individually and collectively to curb the menace.

“There is therefore the need for us all to individually and collectively assist security agencies with vital information, moral support and prayers,” he said.

He said that the school was now equipped with 21st century gadgets for teaching and learning.