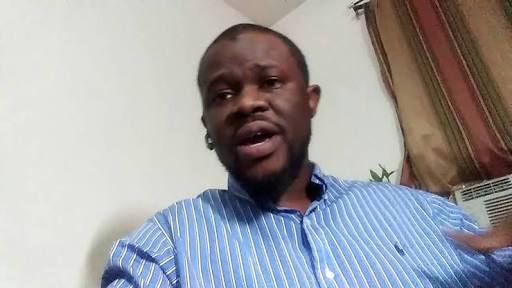 Share
Facebook Twitter LinkedIn Pinterest Email
The Nigerian Army and the International Police have concluded arrangements to declare Dr. Perry Brimah, who is allegedly raising funds for the “feeding” of troops in the North East fighting the Boko Haram insurgency.
The spokesman of the Nigerian Army, Brigadier General Sani Kukasheka Usman, disclosed this on Wednesday in a statement.
The statement reads: “The attention of the Nigerian Army has been drawn to a fraudulent and criminal fund raising by one Doctor Perry Brimah, a Nigerian in diaspora, tagged “Global Campaign To Provide Food For Nigerian Soldiers Fighting Boko Haram”. The criminal embarked on this fund raising venture ostensibly to defraud unsuspecting members of the public especially the international community to fund subversive activities and personal life style. The criminal is using the following contact points for the fund raising: https://www.gofundme.com/feed-nigerian-soldiers/
info @ ENDS.ng
Tel: +1-929-427-5305; Whatsapp: +234-903-420-3031.
“We wish to state that the Nigerian soldiers deployed in the North East or elsewhere, neither lack logistics nor food as the fraudster wants unsuspecting members of the public to believe. The Nigerian Army never faltered in providing necessary logistics to troops to the extent of providing extras especially during festive periods. Therefore, this move by Doctor Brimah is nothing but a scam as there is nowhere in the world where troops were fed through donations by members of the public.
“We would like to further state that there has never been complaints of lack of food by soldiers talk-less of starvation. The so called Dr Perry Brimah or his agents do not represent the Nigerian Army or her soldiers. Whoever believes and falls victim to this criminal act does so at his or her own risk. In addition, the Nigerian Army in conjunction with the Interpol are working hard to declare him wanted and extradite the International fraudster to face justice. Therefore, we request the general public for any information on the whereabouts of this fraudster.”
Boko Haram Nigerian Army north-east Perry Brimah Sai Kukasheka Usman
Share. Facebook Twitter Pinterest LinkedIn Tumblr Email