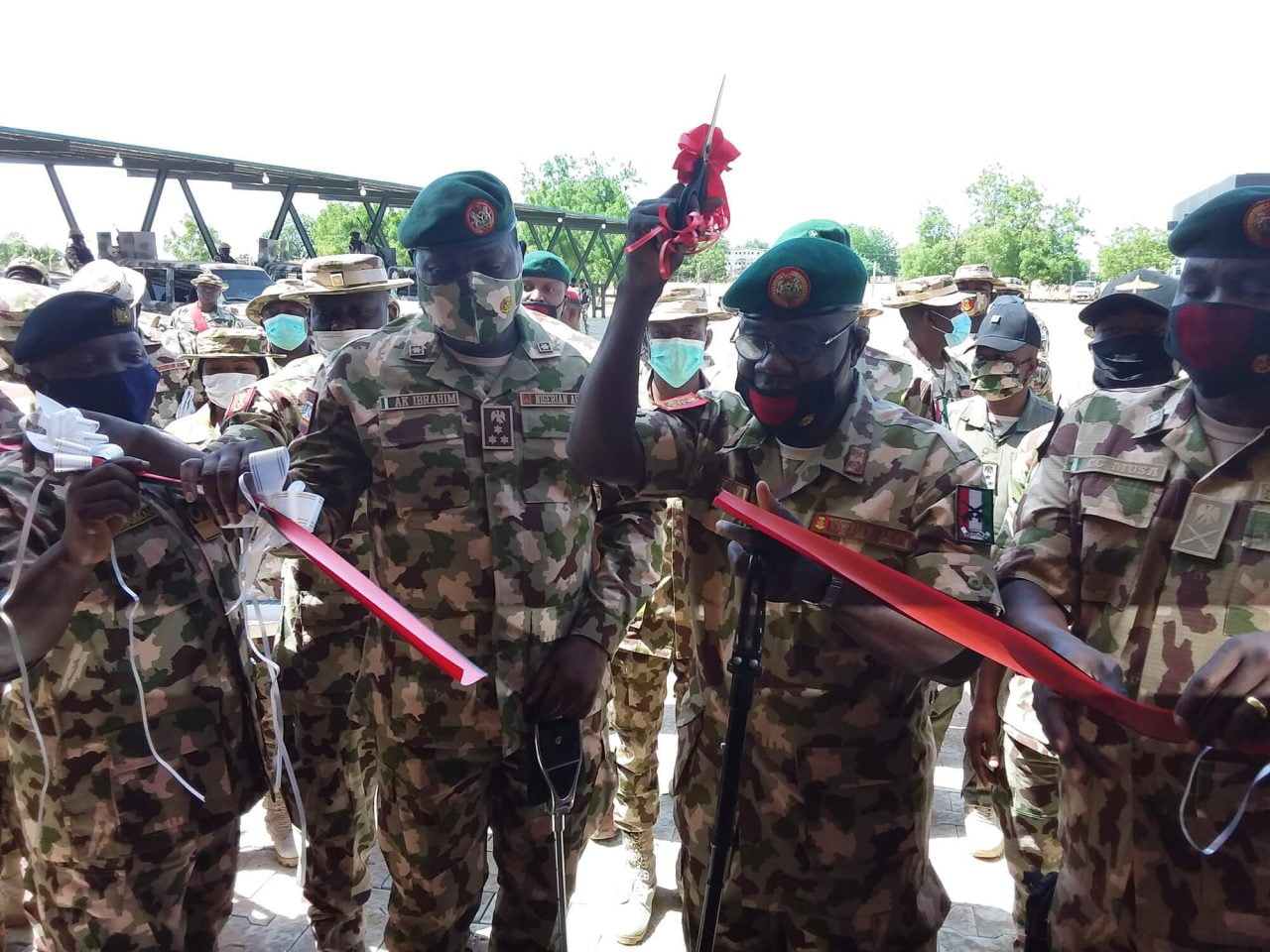 Represented by retired Major General Olayinka Oshinowo, Buratai said the projects were aimed at bettering the lives of officers and men of the division.

According him, the projects, if put into proper use, will promote social life and enhance the living standard of officers and men.

He expressed delight with the spate of infrastructure development at the Division, adding that he would continue to support laudable initiatives.

He said: “I am delighted to be here today to commission these projects, which will stand the test of time in the history of this Division.

“These projects inaugurated today are very key to improving the living standard of officers and men.

“If properly put to use, they will promote economic growth and social coexistence among personnel and their families.”

In a welcome remarks, the General Officer Commanding of the division, Major General Nuhu Angbazo, thanked Buratai for his commitment to infrastructure development and welfare of personnel.

Represented by Brigadier General Idowu Akinlawon, the Chief of Staff of the Division, Angbazo said the concept of the Multi-Purpose Cooperative, one of the commissioned projects, was mooted in 2019.

Angbazo said the purpose of the project was to provide avenue to enhance the living standard and livelihood of personnel.

He said other projects inaugurated by the COAS in the Division would also enhance social lifestyle of personnel in the barrack.

He said: “This is a multi-purpose built infrastructure that will cater for all subscribers: military personnel, both serving and retired, their families, as well as their civilian counterparts.

“This facility is one of the measures that will look into the welfare of personnel even at their post service period.”

The GOC also said the Multi-purpose Cooperative Society was an all inclusive establishment and called on personnel who had yet to subscribe to it, to immediately do so.

The News Agency of Nigeria reports that aside the Multi-Purpose Cooperative Society building, a sit-out garden and a guest chalets, at the Officers Mess of the Division, were among the projects inaugurated.

NAN also reports that NADCEL is an annual event to celebrate and appreciate personnel of the Nigerian Army living and in active service or those who have retired or died.

The 2020 celebration of the day, slated for July 1 to 6, is currently ongoing at Special Army Super Camp, Faskari, Katsina State.

This year’s celebration has the theme: “Nigerian Territorial Defence and Sovereignty: Imperative for Nigerian Army’s Sustained Training and Operations.”