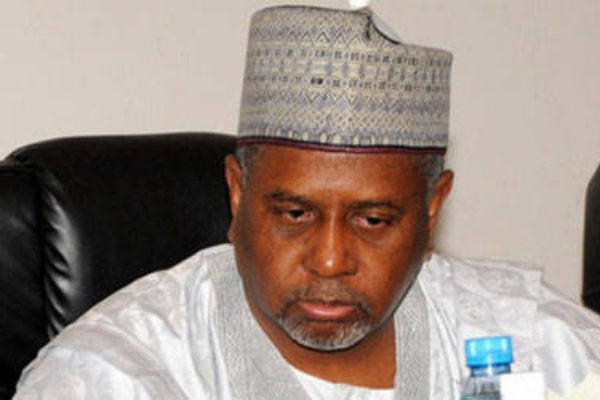 An FCT High Court on Wednesday rejected an application by former National Security Adviser, Sambo Dasuki ,  praying for an indefinite adjournment, pending the compliance of  a bail order by the Federal Government.
NAN reports that on July 2, 2018,  Justice Ijeoma Ojukwu, admitted Dasuki from the custody of the Department of State Services, where he had been detained for two and a half years.
Ojukwu, who granted bail to Dasuki in the sum of N200m with two sureties in like sum, ruled that “the long and continued detention” of the applicant since Dec. 29, 2015, could not be justified.
Dasuki, alongside Bashir Yuguda , former Minister of State for Finance and former Sokoto State governor, Attahiru Bafarawa , is charged with 25 counts bordering on conspiracy, bribery, abuse of office and criminal breach of trust to the tune of N19.4 billion.

Ruling on the application, Justice Hussein Baba-Yusuf, held that there was nothing before the court to show that Dasuki has approached the judge for the enforcement of the order.
He said: “The law empowers the judge to do so and such application and prayer should be better sought at the Federal High Court where the judgment originated.”
He therefore dismissed the application as an abuse of court process.
Baba- Yusuf then adjourned until April 2, April 3 and April 4 for definite hearing.
In the sister case, on trial along with Dasuki are Aminu Baba-Kusa, a former NNPC Executive Director, and two firms- Acacia Holdings and Reliance Referral Hospital.
They are arraigned on 32 charges bordering on criminal breach of trust, misappropriation and dishonest release and receiving of various sums of money to the tune of N33.3 billion.
The judge fixed April 16, April 27 and April 18 for continuation of hearing.