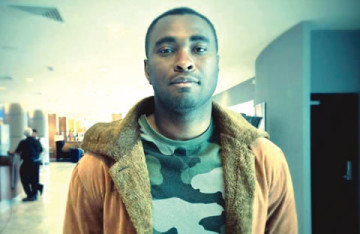 Operative of the National Drug Law Enforcement Agency on Tuesday night stormed the headquarters of Arik Air in Ikeja, Lagos State following the arrest in the United Kingdom of a crew member of the airline for allegedly being in possession of cocaine, The Punch is reporting.
The Arik crew member, identified by the anti-narcotics agency as Chika Egwu Udensi, was arrested on Monday night by operatives of the United Kingdom Border Force with 20 kilogrammes of cocaine in London.
The NDLEA agents were said to have searched Udensi’s latest Range Rover parked on the airline’s premises.
Arik spokesman, Adebanji Ola, confirmed the visit by the NDLEA’s operatives.
Udensi was arrested at the London Heathrow Airport shortly after an Arik Air flight W3101 that departed from the Murtala Muhammed International Airport, Lagos touched down in the UK.
Udensi’s arrest came barely two years after two crew members of the Arik Air were similarly nabbed by the UK Border Force in London.
Officials of the NDLEA on Tuesday put the street value of the drug found with the suspect at £350,000 (N105 million).
Arik Air on Tuesday confirmed the arrest of its cabin crew member by the UK Border Force.
The airline, in a statement which read like the one issued after the 2013 incident, said it had commenced investigation into how the banned substance got into the suspect’s possession.
The statement by Ola read: “A member of Arik Air cabin crew was on Monday night arrested at the Heathrow Airport, London, by the UK Border Force in connection with alleged possession of item suspected to be a banned substance.
“The airline is presently carrying out its private investigation to determine how the cabin crew member came about the suspected banned substance.
“Arik Air will also be cooperating fully with the UK authorities and other appropriate agencies in their investigations.
“The airline again reaffirms its commitment to the fight against drug and illicit substances trafficking and will not tolerate the use of any of its aircraft or crew for the courier of banned items and substances.
“Arik Air carries out very stringent checks on all members of staff and its travelling guests ahead of all flights. The airline will continue to focus its attention on measures to prevent the possibility of any future similar incidents.
“Arik Air is a responsible Nigerian company, always seeking to maintain and uphold the integrity and proud reputation of the nation.”
The Punch learnt that the Managing Director of the airline, Chris Ndulue; and the Director of Flight Operation, Captain Ado Sanusi, were onboard the flight.
A top official of the airline, who spoke to The PUNCH in confidence, said Ndulue and Sanusi travelled on the flight for a “special meeting” in the UK.
Details of the said meeting were not known as of press time.
When asked whether Ndulue and Sanusi were onboard the flight and their mission in the UK, the airline’s spokesperson, Ola, simply answered: “I don’t know; I don’t know.”
The Chairman/Chief Executive Officer of NDLEA, Ahmadu Giade, on Tuesday ordered investigation into the operations of Arik Air following the development.
The Nigerian anti-narcotics agency said in a statement that it had notified the National Crime Agency of the United Kingdom of the arrest.
The statement quoted Giade as saying: “The agency will carry out full scale investigation into this case to ascertain those behind the criminal act. We shall work closely with our international collaborators on the matter. Arik Airline will be sanctioned if found wanting.
“The agency shall invoke section 25 of the NDLEA Act against the airline, which states that it shall be the duty of every commercial carrier to take reasonable precaution to ensure that its means of transport are not used in the commission of offences under this Act.
“Every commercial carrier is expected to comply with appropriate security measures at points of entry and exit in the Federal Republic of Nigeria and other customs control areas, to prevent unauthorised cargo in its means of transportation.
“The law refers to the precautionary measures to include training of personnel, promotion of integrity of their personnel, submission of cargo manifests in advance, use of tamper-resistant, individually verifiable seals on containers and reporting to the agency at the earliest opportunity all suspicious circumstances relating to drug trafficking.
“Nigeria has a cordial working relationship with the United Kingdom in drug control. This has resulted to a drastic reduction in the number of arrests made in the United Kingdom from flights originating from Nigeria over the years.”
In December 2011, another Arik Air cabin crew, Chinwendu Uwakaonyenma Ogbonnaya, was similarly arrested in London for drug trafficking.
She was subsequently jailed for five years in London.
Also in 2013, precisely on May 21, two female crew members of the airline were arrested at the same Heathrow Airport in London for suspected drug trafficking.
The two had been arrested after a package of drugs was discovered by Border Force officers on a bus which had been used to transport air crew.
The street value of their haul as of the time had been put at around £600,000.
The Punch.