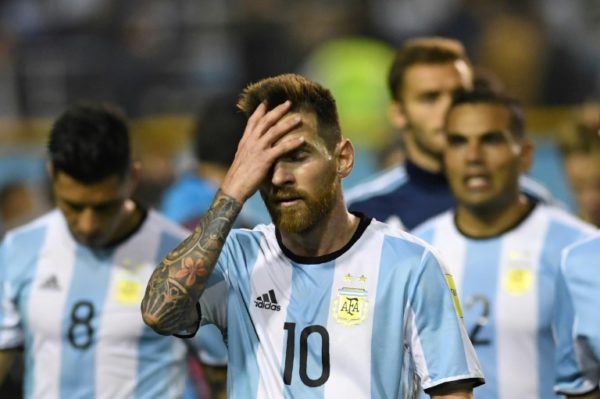 Jorge Sampaoli has admitted Lionel Messi is “limited” by the current Argentina team, with the two-time World Cup winners facing possible early elimination after a 3-0 loss to Croatia.
The 1978 and 1986 champions could fail to make it out of their group in Russia having picked up just one point from their opening two games.
Once again Messi, who had a penalty saved in the draw with Iceland last weekend, was largely anonymous in a tournament where his great rival Cristiano Ronaldo is leading the way to be top scorer.
Sampaoli was asked about comparisons between the two in his post-match press conference and conceded that Messi’s performances are being hindered by those around him.
“I think that because of the reality of the Argentine squad, it sort of clouds Leo’s brilliance,” he said.
“Leo is limited because the team doesn’t gel ideally with him as it should. As coaches we need to realise these things and try to deal with them. I’m the one that needs to accept it.
“The key to our defeat relates to my responsibility because I’m the coach.”