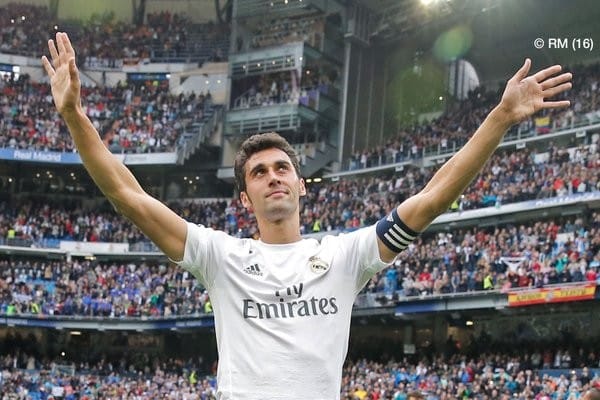 Spanish defender Alvaro Arbeloa has decided to call time on his professional career.
Last summer, Arbeloa signed a deal to play for West Ham United but he was barely used at the London Stadium, with the last of four appearances coming in December.
He was subsequently released by the Hammers at the end of the campaign and he has now revealed that he intends to retire from football.
The 34-year-old said: “It’s time to say goodbye. Physically I was ok to keep playing.”
Arbeloa spent the majority of his career at Liverpool and Real Madrid, with 95 appearances being made at the Premier League club between 2007 and 2009.
However, his success came with Madrid and during a seven-year spell until 2016, he featured 189 times as they won La Liga, two Champions League crowns and two Copa del Reys.
The versatile defender also won 56 caps for his national team.