Arase orders disarming of Biafra activists, trial of those who killed policemen 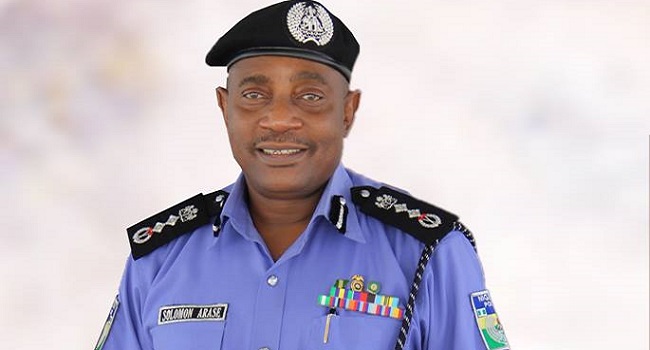 Share
Facebook Twitter LinkedIn Pinterest Email
The Inspector-General of Police, Solomon Arase, has directed Assistant-Inspectors General of Police and the Commissioners of Police in the South South and South East zones to disarm members of the Independent People of Biafra operating with firearms immediately.
Arase gave the directive in a statement issued by Olabisi Kolawole, an acting Commissioner of Police, who is the Force Public Relations Officer, in Abuja on Tuesday.
The statement indicated that the directive followed the manifestation of the disposition of the armed IPOB activists to undertake premeditated attacks on police officers engaged in operations aimed at restoring public order in the states.
Kolawole quoted the inspector-general as saying: “The targeted attacks on police personnel showed that the activists have crossed the threshold in their misguided attempt to test the common will of the nation.”
Arase condemned the killing of policemen by members of IPOB and directed the arrest of any member of the group found in possession of firearm and be made to face the law.
He said all IPOB activists arrested in connection with the killing of policemen would be charged to court.
He reiterated the determination of the Nigeria Police Force to continue to work diligently toward eliminating any threat to internal security and assured Nigerians of their safety.
Solomon Arase
Share. Facebook Twitter Pinterest LinkedIn Tumblr Email