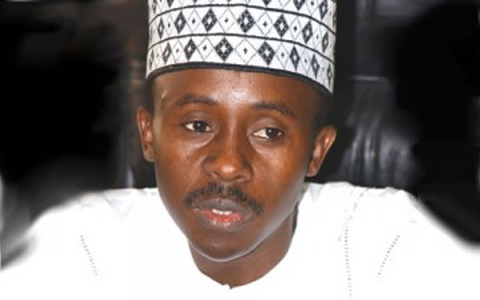 Share
Facebook Twitter LinkedIn Pinterest Email
An application challenging the decision of the Chief Judge of the FCT, Justice Ishaq Bello, to transfer the bribery case against Farouk Lawan on Wednesday stalled his arraignment.
Lawan, who was the former Chairman, House of Representatives Ad-hoc Committee on Fuel Subsidy in the 7th National Assembly, was docked before Justice Yusuf Halilu of FCT High Court, Jabi.
The defendant was charged by the Office of the Attorney-General of the Federation for allegedly receiving bribe of $500,000 from Femi Otedola, the Chairman of Zenon Petroleum and Gas Limited.
At the resumed hearing, the prosecution counsel, Akinyosoye Arosanyi, informed the court that it had filed a motion challenging the transfer of the case to the present judge (Halilu).
Arosanyi told Justice Halilu that the Chief Judge did not follow the right procedure before it transferred the case and urged him to disqualify himself.
The prosecution said that since the Chief Judge did not follow the normal procedure, the court should transfer the case back to the Chief Judge.
The defence counsel, Godwin Iyinbor, told the court that the application was served on the defence and would file counter affidavit.
Iyinbor told the court that irrespective of any issue, the defence was ready to go on with the matter.
Justice Halilu adjourned the matter until September 28 to rule on the application challenging his hearing of the matter.
Farouk Lawan House of Representatives House of Representatives Ad-hoc Committee Justice Ishaq Bello Justice Yusuf Halilu
Share. Facebook Twitter Pinterest LinkedIn Tumblr Telegram Email