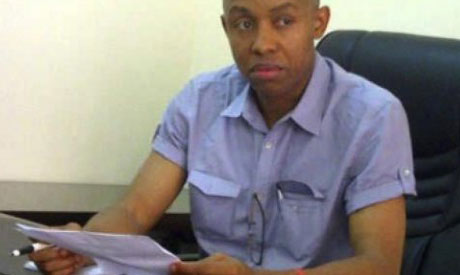 The National Human Rights Commission on Monday awarded N10 million against the Federal Government as compensation to each family of the eight victims of the September 20, 2013 killing in Apo, Abuja.
The NHRC indicted the Nigerian Army and the Department of State Services for the killing of the eight squatters.
It said it found the defence of the Nigerian Army and the DSS ridiculous as it did not match the facts on the ground.
Chidi Odinkalu, who presided over the panel of enquiry into the killing of some squatters in a residence in Apo by security operatives, announced these at the public presentation of the panel’s report in Abuja.
Odinkalu said the panel also awarded N5 million compensation to each of the 11 injured victims of the encounter.
The panel ordered the Attorney General of the Federation to ensure that evidence of payment was lodged with the registry of the NHRC within 30 days of the decision.
He said the compensation followed the failure of the respondents to prove that the victims were members of the Boko Haram sect as alleged.
Odinkalu said: “Having investigated the complaint, heard all the parties and examined the relevant laws, there is no credible evidence to show that the victims were members of Boko Haram.
“The self defence asserted by the respondents was not supported by facts and the application of lethal force was disproportionate and the killing of the eight persons and injuries to 11 others were unlawful.”
Odinkalu, who restrained the respondents from the use of administrative banishment against any of the injured victims, said the commission would register its decision for enforcement with the Federal High Court.
He said that Global Rights, Human Rights Law Services, Nasiru Adamu and the National Association of Commercial Tricycle and Motorcycle Owners and Riders had challenged the violation of rights of the victims.
Odinkalu said that the Federal Government, the Department of State Services, the Chief of Army Staff and the Attorney General of the Federation were respondents in the complaint.