APGA dissociates self from suit against Otti at Abia tribunal 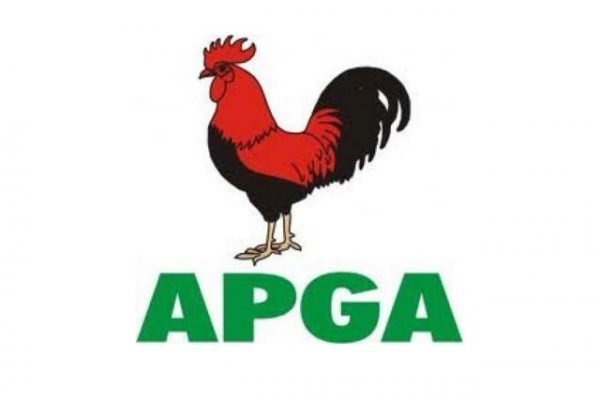 The Abia State chapter of the All Progressives Grand Alliance has dissociated itself from an alleged move by some party members seeking the withdrawal of the party from the governorship election petition tribunal sitting in Umuahia.
Briefing journalists on Monday, Nkem Okoro, the factional Chairman of APGA, said the party was seriously standing with its governorship candidate in the 2019 election, Dr. Alex Otti.
Okoro said the party’s resolve to reclaim the state from the hands of her enemies and redeem the people remained unshaken.
The group, led by a factional Chairman of the party, Rev. Augustine Ehiemere, had filed an application at the tribunal seeking the removal of APGA as the first petitioner in Otti’s petition challenging Governor Okezie Ikpeazu’s election.
But Okoro alleged that the application was intended to scuttle the chances of APGA at the tribunal.
He said that APGA remained a petitioner in the matter and would stop at nothing to reclaim the state from the Peoples Democratic Party.
Okoro said the party would not want to discuss anything that might appear subjudice, since the case was already at the tribunal.
“We would, however, gladly inform you that our team of eminent lawyers presented a watertight case, ladened with overwhelming facts of evidence, to prove that the election was a charade,” he said.