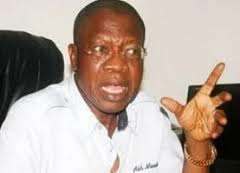 Share
Facebook Twitter LinkedIn Pinterest Email
The All Progressives Congress (APC) has urged President Goodluck Jonathan to come clean on the circumstances surrounding the 9.3 million US dollars that was impounded in South Africa, which has become the latest in a series of global ridicule to which the scandal-prone Jonathan Administration has subjected Nigeria and her people.

In a statement issued in Abuja on Thursday by its National Publicity Secretary, Alhaji Lai Mohammed, the party also called on the National Assembly to launch an urgent investigation into the issue, saying the silence of the peoples’ representatives on the issue is deafening, unfathomable and unacceptable.

It said there is no doubt that the President is at the centre of the whole issue, considering the presidential treatment given to the plane and its cargo, since the plane departed from the Presidential wing of the Nnamdi Azikiwe International Airport in Abuja, away from the reach of the Nigerian Customs Service which could not therefore have cleared the plane and its passengers.
”It is absolutely urgent for President Jonathan to clear the air on this alleged off-the-shelf equipment or arms purchase, which runs against all known protocol for such purchases anywhere in the world. Military equipment and weapons are not bean cakes to be purchased by the road side. There are globally-acceptable protocols for such purchases by governments, otherwise what differentiates a government from an insurgent group that is shopping for arms?
”Is the Jonathan Administration not aware that the UN General Assembly on April 2nd 2013 adopted a landmark Arms Trade Treaty (ATT) precisely to regulate the international trade in conventional weapons by avoiding the kind of road-side purchase that the Nigerian government is said to have been involved in? Though the ATT has not come into effect, the fact that Nigeria is among the few countries to have signed and ratified the treaty shows that the country is concerned by unregulated arms trade,” APC said.
The party said the resort to ”procedural error” to explain away the whole issue cannot work, because Nigerian authorities cannot pretend not to be aware that currency brought into or taken from South Africa is monitored by law, and that anyone bringing into that country more than R25,000 in South African currency or U$10,000 or the equivalent thereof in foreign currency must declared such.

It said that in any case, those who are using ”procedural error” as an alibi are being too clever by half. This is because if entering or leaving a country with undeclared $9.3 million is mere ”procedural error”, why was Sule Lamido’s son convicted for not declaring a mere $50,000 dollars at the Mallam Aminu Kano International Airport?

APC said, however, that in the spirit of fairness, it has decided to give President Jonathan and the government he heads the opportunity to make urgently-needed clarifications by answering a number of questions relating to the $9.3 million scandal: Is the money indeed meant to purchase a helicopter as has been reported? To which arm of the government or security force does the money belong? Who appropriated it and for what purpose? Why was the money being ferried in cash by the same government that has been spending huge time and money to promote a cashless policy? Is the resort to cash to avoid a paper trail for the transaction, in which case it is illegal?

”Mr. President, we are aware that each arm of security has an account with the CBN for the purpose of arms purchase and such transactions are properly documented, so why was this not the case in this instance?

‘Mr. President, why did it take your government all of 10 days to admit its involvement in this scandal, considering that the embarrassing incident happened since Sept. 5th and was not known until Sept. 15th? Does this saga not give credence to the widely held view that you are indeed benefitting from the the Boko Haram insurgency and that you have deliberately allowed it to escalate to this level?

”Mr. President, has this saga not confirmed that powerful forces in your administration are all working in concert to use the Boko Haram insurgency to secure tenure extension for President Jonathan? Is not clear now why the Senate President infamously declared two days ago that election is not on the table since the country is in a state of war? Have we not been proven right in our declaration at the panel discussion in the British House of Commons on Sept. 8th 2014 that the Jonathan administration will attempt to cash in on the Boko Haram insurgency to postpone elections?”

The party said the answers to the questions raised would go a long way in showing Nigerians that their government is not clandestinely buying equipment and weapons to fuel the Boko Haram insurgency and then profit from its own act of perfidy.

It said while the President is compiling his answers to the posers, he should ask his spokespersons to stop adding insult to injury by saying the CIA, FBI, Mossad etc also travel abroad with undeclared cash, in clear violation of the laws of their destination countries, to buy arms.