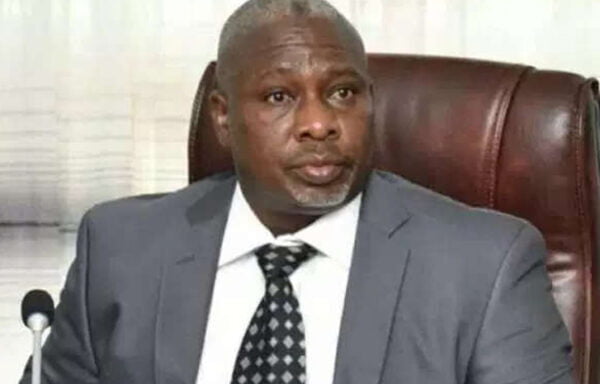 The All Progressives Congress in Kogi State has suspended the Deputy Governor of the state, Elder Simon Achuba.
The party said it suspended the deputy governor for alleged anti-party activities before, during and after the 2019 general elections.
The party based the suspension on “some actions the Deputy Governor took that constitute embarrassment to APC family in Kogi state”.
The Chairman of the APC in the state, Abdullahi Bello, told newsmen in Lokoja that the party received several petitions from stakeholders in Iyano ward, Ibaji Local Government Area, where the Deputy Governor hails from.
Bello accused Achuba of discretely and openly working for candidates of opposition parties during the presidential, national and state assembly elections in the state.
He added that the activities of Achuba during the last elections were against the APC candidates, while he held the exalted position of the Deputy Governor of the state
He noted that the report of the disciplinary committee constituted by the Iyano Ward and Ibaji Local Government Area of APC to probe the crisis in the area, allegedly indicted the deputy governor and also recommended for his suspension to be followed by expulsion, if he did not show any remorse.
He stated that the state Working Committee of the APC, having deliberated on the recommendations of the disciplinary committee of APC Iyano Ward and Ibaji Local Government Area branch of the party, resolved and upheld Achuba’s suspension till he responds to the letter that the party would serve him.
Bello said: “As we are all aware, the All Progressives Congress does not condone acts of indiscipline, indiscretion and anti-party activities from any party member, no matter how highly placed.
“His series of reckless, damaging and unsubstantiated allegations against government of Kogi state was an action that constitute a serious violation of Article 21A(ii), (v) and (vii) of the APC constitution, amount, amounting to acts of disloyalty and embarrassment to the party.”
Bello added that the decision of the state working committee will be communicated to the APC National Working Committee in due course.