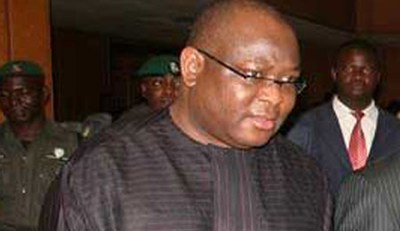 The All Progressives Congress has released the timetable and schedule of activities for the conduct of the party’s 2016 Governorship Primary Election in Ondo State.
The Party’s National Organising Secretary, Senator Osita Izunaso, made the announcement in a statement issued on Sunday.
Izunaso said the announcement was in line with the provisions of the Electoral Act 2010 (as amended), the Independent National Electoral Commission guidelines and party guidelines.
According to the timetable and schedule of activities, sale of forms will commence at the party’s National Secretariat on July 19.
It will close on August 5, 2016.
Governorship nomination forms will be sold at N5 million, while intending aspirants are expected to pay N500,000 to pick the expression of interest form.
The forms are free for female aspirants.
Last day for submission of completed forms August 8, 2016 at the APC National Secretariat.
Screening of aspirants will be conducted in Abuja from August 9 to 12.
The primary election will hold on August 27, 2016.
Election appeals will be heard from August 29 to September 1, 2016.