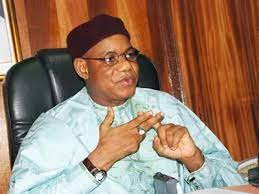 Former Special Adviser to President Goodluck Jonathan on Political Affairs, Prof. Rufai Ahmed Alkali, on Sunday insisted that the All Progressives Congress was not prepared to govern a complex nation like Nigeria.

Alkali said this in a statement personally signed by him in Abuja on the fallout of the election of the leadership of the National Assembly and the responses from stakeholders within and outside the APC fold.

The erstwhile presidential adviser declared that the episode reminded Nigerians of his earlier call on the leadership of the APC, before the handing over of government, to plan more and talk less, for which he was allegedly castigated by the APC spokesman, Lai Mohammed.

According to him: “I have observed with keen interest the scenario in the National Assembly that resulted in the election of Sen. Bukola Saraki and Rt. Hon. Yakubu Dogara and other leaders of NASS and what attracted my attention more, though not surprising, were the  incoherent and contradictory responses from the leaders of the APC, especially the faction led by the former Governor of Lagos, Sen. Ahmed Bola Tinubu who outrightly rejected the outcome of the election and without decorum blamed   President Muhammadu Buhari as being responsible for the debacle in the National Assembly.

“This is indeed a clear confirmation of my earlier warning to the APC to plan more and talk less. Undoubtedly, things have started falling apart in the APC.

“From the look of things, the greatest obstacle to the Muhammadu  Buhari administration  is not the PDP and other political parties, but some of the over ambicious leaders and members of his Party, the APC who believe they have invested so much in his election and can not wait a day longer to collect returns from their investments.”

On the emergence of Senator Ike Ekweremadu of the Peoples Democratic Party as the Deputy President of the Senate and accusations that the PDP orchestrated the rejection of all the anointed candidates of the APC in the legislature’s leadership elections, Alkali said the turn out of events simply indicated the erstwhile ruling party was alive and kicking.

His words: “Whoever said that the PDP is dead and buried should please show me the cemetery and the grave where the PDP was buried.

“Nigerians should not forget the fact that some of the  members of the PDP who joined the APC went there as a result of some circumstances but the souls and minds of most of them are still in the PDP.

“Remember, most of those who left were founding fathers and senior leaders of the PDP in their respective States and Zones. This is therefore just the beginning of the beginning.”

According to him: “May I also use this occasion to congratulate Sen. Bukola Saraki, the new President of the Senate and his Deputy, Sen. Ike Ekweremadu, the Speaker of the House of Representatives, Rt. Hon. Yakubu Dogara and his Deputy, Hon. Yusuf Lasun and other newly inaugurated members of the two Chambers of the National Assembly.

“I wish them well and urge them to put the events of last week behind and forge ahead in the discharge of their duties.

“I also wish to remind them that the task of moving the nation forward lies squarely on their shoulders irrespective of their political affiliations.”