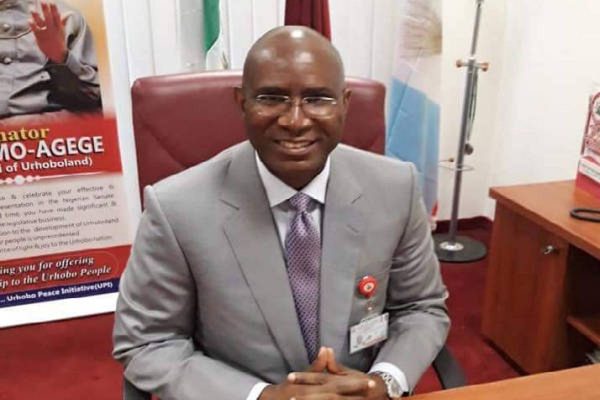 Deputy Senate president Ovie Omo-Agege has weighed in on the alleged implications of the recent Supreme Court judgment on the Ondo State governorship election on the All Progressives Congress going ahead with its congresses and national convention under the chairmanship of Mai Mala-Buni, the Yobe State governor.

The apex court on Wednesday affirmed the election of Governor Rotimi Akeredolu, but the Minister of State for Labour and Employment, Festus Keyamo, said the governor could have lost his seat if Eyitayo Jegede had joined Mai Mala-Buni in the suit.

Keyamo, among other commentators, warned of the implications of APC proceeding with its congresses and national convention with Mala-Buni, a sitting governor, remaining as chairman of the party’s caretaker committee.

He advised the party to suspend its planned congress, as it would amount to an exercise in futility.

He also asked the party to remove Mala-Buni and anyone holding any executive position on the committee, to avoid unnecessary legal battles, since, according to him, the competence of Mala-Buni to hold the position as chairman had been questioned by the Supreme Court.

However, Omo-Agege via a Facebook post on Thursday said the apex court’s judgment is of no effect to the party’s caretaker committee.

Omo-Agege said the judgment did not address the action of Buni, who is functioning as the caretaker chairman of the APC, which according to the PDP is against the provision of Section 183 of the 1999 Constitution (as amended).

He said, “Mischief makers, for obviously nefarious intentions, resort to misinterpret the said judgment vis-a-vis the purport of Section 183 of the 1999 Constitution (as amended), as it affects the APC congresses scheduled for Saturday.”

He said the above stated section of the constitution “only bars a governor from holding executive positions like being a minister, or any other executive positions for which he shall be paid for,” and does not render the appointment of governor Buni as APC caretaker committee chairman incompetent “and will not in any way, affect the legality or competence of the APC scheduled congresses.”

“The appeal was dismissed on the ground of competence or lack thereof for the non-joinder of a necessary party to the suit at the lower court. Even if the apex court had considered the provisions of Section 183 of the 1999 Constitution, the majority panel would still have dismissed the appeal.”

He likened Buni’s position to that of Kayode Fayemi, Ekiti governor, who is the chairman of the Nigeria Governors’ Forum.

Omo-Agege argued that there is no law that bars or prohibits a governor who is a member of a political party and won elections under the political party from carrying out specific assignments on behalf of his party.