The Joint Task Force set up by the Lagos State Government involving security agencies and stakeholders in the maritime sector to remove all containerized trucks and tankers parked along the Oshodi-Apapa Expressway has opened up the service lane in the axis.
Speaking with reporters after inspecting the progress of the operation in company of heads of security agencies and other stakeholders, the Commissioner for Transportation, Ladi Lawanson, said it was gratifying to report that the Task Force was able to free the road from Toyota to Mile 2 in a rigorous operation that lasted for 72 hours between Friday and Sunday.
Tagged: “Operation Restore Sanity On Lagos Roads,” the State Government had set up the Task Force involving 2,271 personnel drawn from the Police, Lagos State Traffic Management Authority, Lagos State Emergency Management Agency, Nigerian Security and Civil Defence Corps, Federal Road Safety Corps and Nigerian Military, made up of the Nigerian Army, Nigerian Air Force and the Nigerian Navy.
The operation also involved relevant unions within the maritime sector such as Amalgamation of Container Truck Owners Association, Nigeria Union of Petroleum and Natural Gas Workers, Nigeria Association of Road Transport Owners, Road Transport Employers Association of Nigeria and Association of Maritime Truck Owners, among others.
Lawanson said to build on the gains so far recorded, Governor Akinwunmi Ambode has already extended the operation of the Task Force for another 48 hours, while he would also host a meeting involving all the stakeholders in Alausa on Monday to come up with lasting solution to the menace.
He said: “Tomorrow, the Governor is engaging all the stakeholders further to his interventions through the palliative measures that the Lagos State Commissioner of Police CP Imohimi Edgal is implementing to come up with lasting solutions.
“The Governor will specifically be meeting with the Nigeria Ports Authority, Shippers Council, Tank Farm Owners, Department of Petroleum Resources, among others because that is where the problem is really emanating from.
“What we are doing now are just palliative measures and we have to solve the problem from the source. Even though this is not within the Governor’s jurisdiction but he is adopting a collaborative approach with these agencies of the Federal Government which are the root cause of the problem to look for a medium to long term solutions in support of the palliative measure that the Governor has started.”
Giving details on the operation, Commissioner for Information and Strategy, Kehinde Bamigbetan, said over 2,000 articulated vehicles were removed from the road, including Oshodi-Apapa Expressway, Funsho Williams Avenue and Mile 2-Orile Road, and taken to seven designated holding bays.
According to Bamigbetan: “Personnel for the operation were mustered at the State Headquarters of the Police, Ikeja at about 2200hours of 20/07/2018 where they were addressed by the Commissioner of Police, CP Imohimi Edgal.
“This was followed by their deployment to the locations for the evacuation of the petroleum tankers and flat belt trucks causing gridlock from the service lanes and the expressway to seven holding bays at Ijora, Isolo, Amowu-Odofin, Orile, Apapa and Ijesha with the help of two Goliaths deployed by LASEMA.”
Bamigbetan said though it was a common knowledge that the issues which gave rise to the chaos was mainly about breakdown of activities at the ports and lack of holding bays by some tank farms and shipping lines operating in the axis, the State Government nonetheless was taking it upon itself to come up with palliative measures to free the road.
He said the State Government has also resolved to set up a Mobile Court within the axis to summarily deal with recalcitrant drivers of articulated vehicles who may want to draw back the recent gains recorded.
Imohimi; Lagos Sector Commander, FRSC, Hyginus Omeje; LASEMA General Manager, Adeshina Tiamiyu; and Heads of Military Formations in Lagos among others were part of the inspection tour to assess the operation. 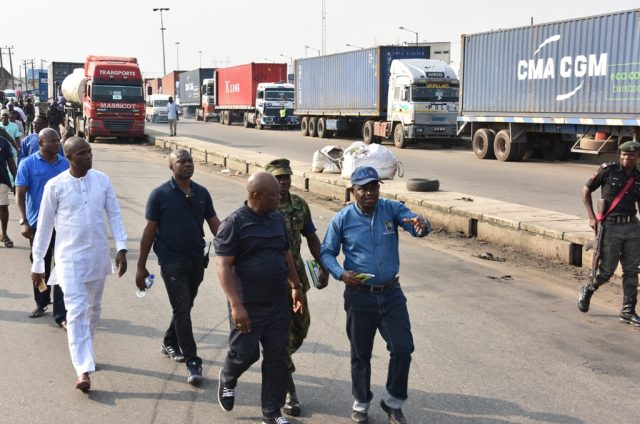 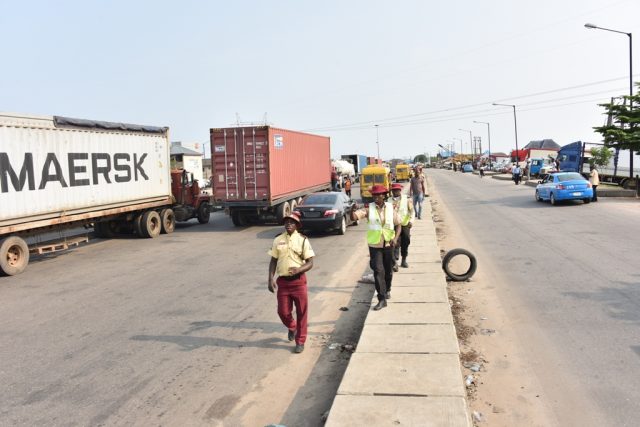 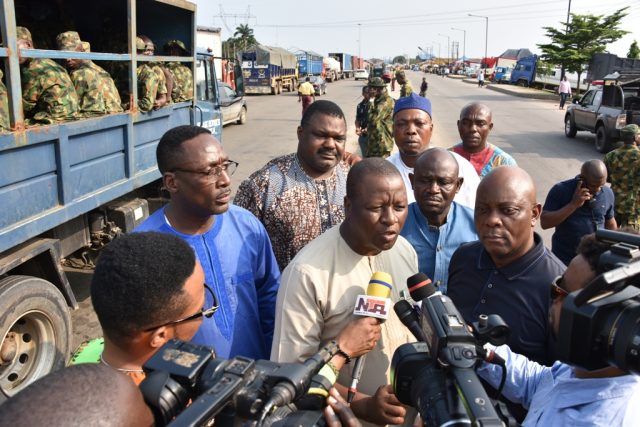 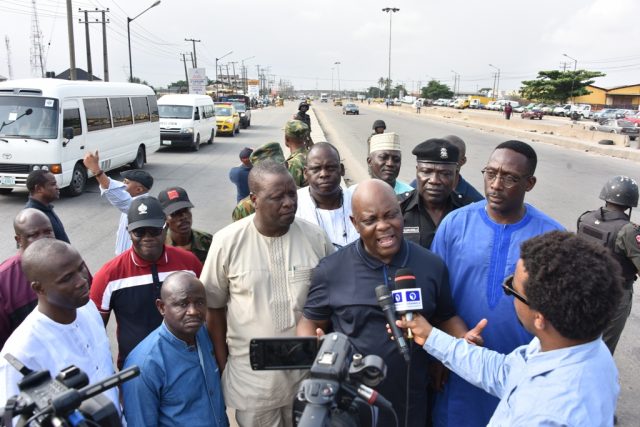 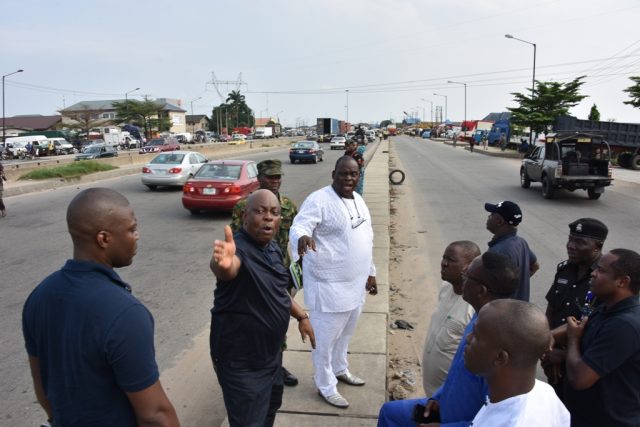 Board commits to upgrading FRSC academy to degree-awarding institution