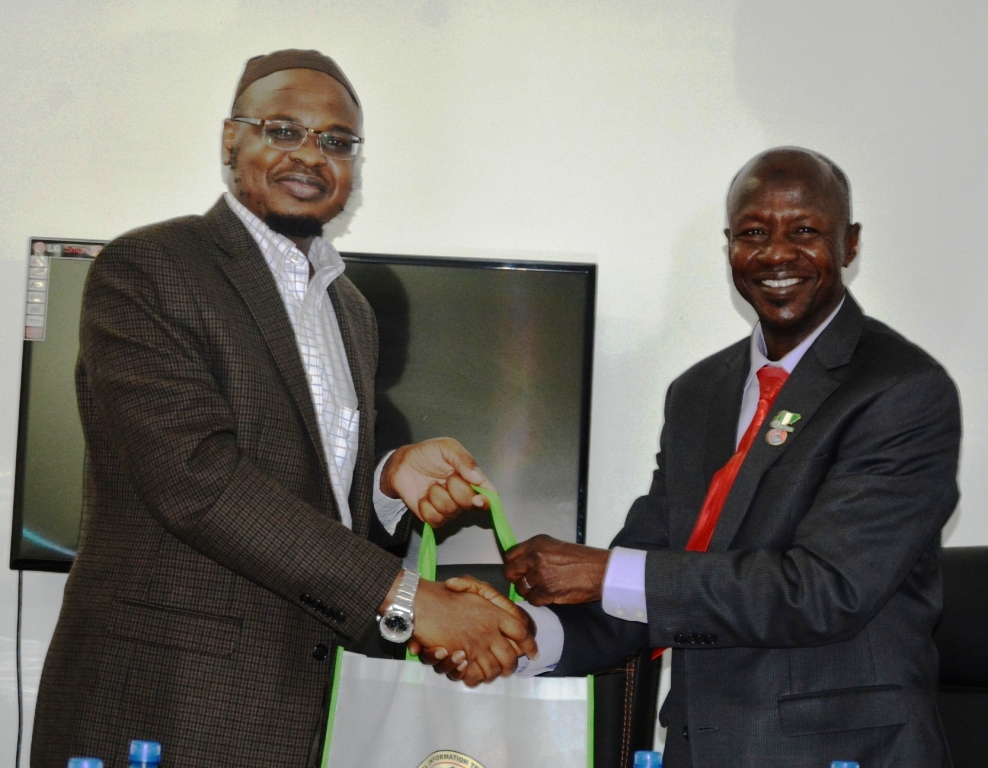 The acting Chairman of the Economic and Financial Crimes Commission, EFCC, Ibrahim Magu, has called for a strengthening of collaboration and partnership with the National Information Technology Development Agency, NITDA, in a bid to bring corruption to a standstill in Nigeria.
Speaking during a visit to NITDA head office in Abuja, September 12, 2017 Magu noted that the input of NITDA was essential in assisting the EFCC effectively curb various forms of fraud perpetrated using technology.
He said: “Everyone is a stakeholder in the fight against corruption, and we all must collaborate and contribute our quota in this regards, because corruption is the major problem militating against the development of the country.”
He further stressed the importance in unity of purpose, and noted that, “if everybody in this country agrees to do the right thing, it will go a long way to correct the situation”.
Magu added: “Let us do this for the future generation.”
He also used the opportunity to request for assistance of NITDA in the area of digitalization of the EFCC.
Director General of NITDA, Dr. Isa Pantami, commended the anti-graft agency for revving up the anti-corruption crusade, and restoring honesty among Nigerians. He gave assurances to the EFCC to meet its technology requests, and pledged to support the efforts of the agency.
He noted that with an increase in the rate of internet-related frauds, it was essential to have a cyber security department that will wholly focus on combating such crimes.
Pantami said: “When there is any project that has been executed, and the EFCC wants to investigate, and needs the technical capacity to support, we will get involved.”