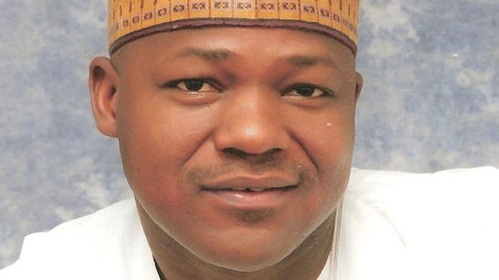 The Speaker of the House of Representatives, Hon. Yakubu Dogara, has stated that there should be no scared cow in the ongoing war against corruption in Nigeria.
Dogara, on his twitter handle on Thursday, described corruption as a cancer‎.
He said leaving any of its cells alive will be fatal and therefore it is important to confront corruption in all its ramifications.
Dogara added that it will be foolish for the country to jail the looters without recovering the chunk of the looted funds.
A prominent member of the National Peace Committee, Archbishop Matthew Hassan Kukah, had last week after a meeting with President Muhammadu Buhari suggested that past political office holders accused of corruption should be pardoned.
Kukah, a member of the Committee headed by former Head of State, General Abdulsalami Abubakar, said it would amount to distraction and a waste of time probing past administrations.
He said the present government should be forward looking and meet the needs and aspirations of Nigerians.
But Dogara, on his Twitter handle, disagreed with this position.
The Speaker tweeted: “We must confront corruption in all its ramifications cos it’s like cancer. Leaving any of its cells alive’ll be fatal.‎
:In this total war on corruption, what we say is meaningless.
“It boils down to what we’ll do.
“Read our Legislative Agenda.
“How can we reign in the support of Western Governments not to prosecute those Institutions in the event that they blow the whistle?
“The amount of looted funds stashed abroad is such that it’ll be foolish to just jail the looters without recovering a chunk of it.
“We must be very smart but the total war must go on regardless of who is for or against the it and there should be no sacred cow.
“We need to set the goal or purpose of the war against corruption in order to fashion out an appropriate response
“‎ For example: do we want our money back or do we simply want to jail the looters?
“These are complex issues with no easy answers.”