by The Eagle Online
in Crime, Featured
3 min read
3

Less than one week after the Inspector General of Police, Mohammed Adamu, vowed to apprehend the fleeing suspects that gang raped and murdered a 12-year-old, Favour Ikechukwu, in Ejigbo area of Lagos, another minor and JSS 3 Student, 13-year-old Adepeju Adebayo, was allegedly subjected to a brutal and bloody rape that has left her partially paralyzed in the hospital.

The said gang rape, which has elicited wide criticism and condemnation from residents, was said to have been perpetuated on October 6, 2020.

The crime was said to have been committed at The Cool Tervan Hotel, Oremeji Street, off Isuti Road, Egan, Igando, Lagos State.

It was gathered that some angry residents had trooped to Igando Police Station to register their displeasure over what they termed “a despicable wicked act to a minor”.

They were said to have praised the resilience of the Divisional Police Officer, CSP Taiwo Kasumu, and his operatives, whose prompt response, they noted, led to the early apprehending of the kingpin of the gang, Toheeb Mustapha, also known as Sir Small.

While expressing worries on how the victim, said to be residing in the same street where the hotel is located, was lured by the gang into the hotel unnoticed by the management, the residents appealed to the Police authorities to further investigate the circumstances surrounding the crime and alleged untoward activities going on in the hotel.

Our undercover reporter who visited the hotel learnt that one of the fleeing gang members, simply identified as Sunkanmi, alias Ikamula or G33, a motor mechanic and ex-student of Edu Grammar school, now residing at Ita Alhaji Street, Ikotun, had booked a room in the hotel on October 5, 2020 to prepare the ground for their dastardly act.

It was further learnt that on Tuesday afternoon, while the victim’s mother had gone out in search of her family’s daily bread, Sir Small creeped into the victim’s house and lured her into the hotel, where they were said to have taken turns in raping her until she started bleeding profusely, coupled with the excruciating and agonising pain she revealed she felt in the lower region of her abdomen.

Sensing danger, the gang was said to have waited until night when the “packaged and dumped” their bleeding victim in front of her house.

According to a resident, who spoke to our correspondent on the grounds of anonymity, for fear of reprisal: “When we assisted the Police to arrest the fleeing Sir Small, the gang leader, he confirmed that he is a generator mechanic and a resident of Alfa Iganna Street, Odo, Egan.

“He claimed to have graduated from Russell Grammar school in 2018, where he said he met the girl they raped.

“Though he said that they were not friends back then.”

Our Source also stated that the 20-year-old suspect, who confessed to the crime, denied any ritual connotation or deployment of charms or “juju” in perpetrating the crime.

He claimed he reestablished contact with the victim, two years after he left school, through her phone contact that he collected from the victim’s school mate.

According to our source, the mastermind of the rape said he regretted his actions while the victim was protesting.

However he denied that the girl was a virgin before the rape.

At Isuti Road Health Center, where the victim was initially rushed to due to what a nurse described as excessive bleeding, she was seen soaked in her own blood, while reeling in pains.

She was said to have told her distraught mother that she met Sir Small on Facebook before the incident.

A hospital source confirmed that the bleeding and pain the victim was undergoing saw her being stitched in three places on her vagina before she was transferred to Mirabel Medical facility last Friday for further investigations and treatment.

Enquiries made by our Correspondent through text message to the state Police Command spokesman, SP Olumuyiwa Adejobi, were not responded to as at press time.

It would be recalled that the Lagos State Police Commissioner, Hakeem Odumosu, had recently paid a visit on behalf of Adamu to late Favour’s family in Lagos, where he vowed to arrest the culprits, promising that the police would leave no stone unturned to fish out the culprits.

Favour was gang-raped to death by some unscrupulous elements on September 30, 2020 at Olanrewaju Street, Ejigbo area of Lagos State.

Odumosu, who delivered the condolence message to the parents of the deceased, on behalf of the IGP assured the family that the Nigeria Police would do the needful to apprehend everyone involved in the barbaric act and get justice for Favour.

Odumosu, while promising the family of police constant support, directed the Deputy Commissioner of Police in charge of the State Criminal Investigation and Intelligence Department, Yetunde Longe, who accompanied him, to deploy additional detectives from her office to go after the fleeing culprits and subject them to prosecution as soon as possible. 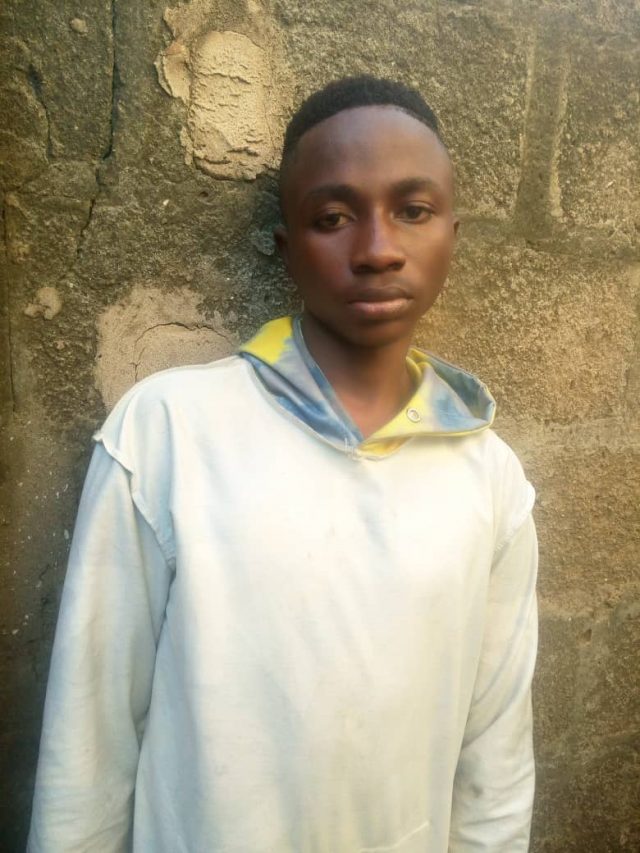 IGP to newly promoted AIGs, CPs: Your promotion based on seniority, merit