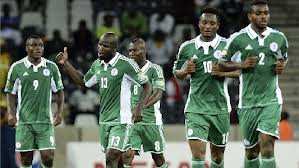 After Thursday’s painful loss to Uruguay at the ongoing Confederations Cup championship in Brazil, the Super Eagles on Friday afternoon arrived the Brazilian city of Fortaleza for their last group game against world champions, Spain.
The 22 players and officials arrived Fortaleza at about 2:10pm local
time, which is 6:10pm Nigerian time.
Immediately the Boeing 737 Gol aircraft touched down at the city’s
international airport, all the players were thinking about is how to
rescue their Confederations Cup hopes against world and European
champions, Spain, on Sunday.
“We have to redeem our image here and we don’t care who the Spaniards
are,” declared defence ace, Godfrey Oboabona, who had a splendid game
against Uruguay.
Azubuike Egwueke, who is yet to play a part in the ongoing tourney,
was also fired up for action.
“Whether I am chosen or not to play against Spain, I know my mates
will do Nigeria proud,” Egwueke declared confidently.
On his part, star attraction, John Mikel Obi, simply believes that
Nigeria has a good team that can hold its own against any team in the
world.
Obi is particularly happy to be playing against his Chelsea of England teammate, Fernando Torres.
“We will do our best to salvage the situation,” he said. Similarly, Head of Technical, Dr. Emmanuel Ikpeme, has urged the team
to be focused and convert chances that will come their way if they are to leave the tournament with some respect.
Ikpeme said: “The team we have here is quite good but they make some
elementary mistakes that professionals should not make and we have
been talking to the crew.
“We can’t afford to make such mistakes against the world champions and if we waste chances as we did against Uruguay, you ultimately get
punished for it.”