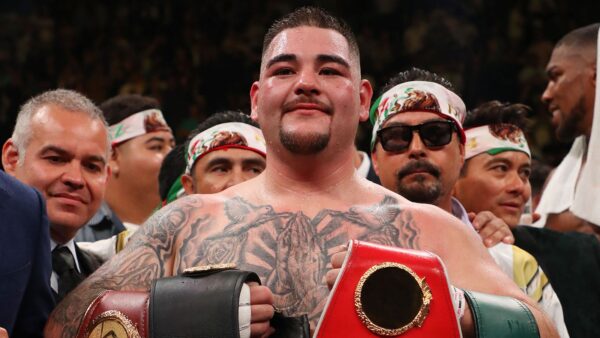 Andy Ruiz Jr has declared that he is not willing to rematch Anthony Joshua in the UK.
The Mexican-American heavyweight claimed the WBA, IBF and WBO titles from the Brit in New York last month, and wants the return bout to take place in either of his two home countries.
Giving an update on the rematch with AJ, Ruiz told TMZ Sports: “I haven’t talked to him, but I’m pretty sure he’s training hard for the rematch and so am I.
“I want the rematch to be in Mexico or New York City again, Vegas, or here [in LA].”
When asked what happens if Joshua doesn’t agree to this, Ruiz replied: “It doesn’t matter because I’m the champion… I’m calling the shots… We’re the A-side.”
This suggestion contradicts what promoter Eddie Hearn has suggested in recent weeks, as he claims his man will have final say over where the rematch takes place.
Hearn said the two frontrunner options are November 29 at MSG in New York and December 14 at the Principality Stadium in Cardiff, however Ruiz insists he’ll point blank refuse the second of those two choices.
Regarding whether he’d be open to fighting Joshua on away soil, the champion simply replied: “No UK.”