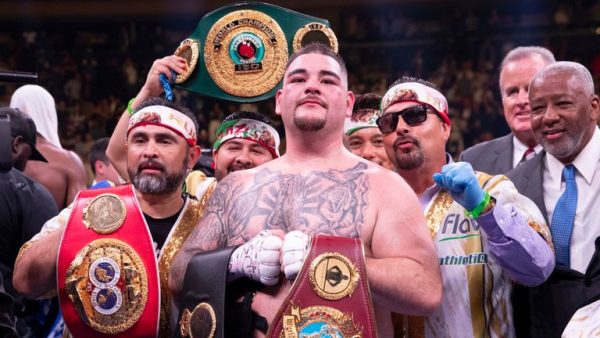 Andy Ruiz Jr has been warned against boxing for Mexico at the Tokyo Olympics by WBC president Mauricio Sulaiman, who has vowed to ban any professional boxer who fights at the games for two years.

Last year, Ruiz shared an invitation to enter qualifying for Mexico’s Olympic boxing team and admitted it would be a “great honour” to represent his country.

He wrote: “It would be a great honour to represent Mexico in the Olympic Games. I have to see the possible contractual commitments, but we will do everything possible to contribute in any way and put the name of Mexico high once again. GREAT initiative.”

Olympic boxing has largely been focused on amateur fighters competing but professional boxers have been allowed to enter since the 2016 edition of the games.

However, the WBC is staunchly against the idea of professional fighters going up against amateurs and have warned Ruiz and any other boxers that they will face a two-year sanction from the organisation if they fight at the Olympics.