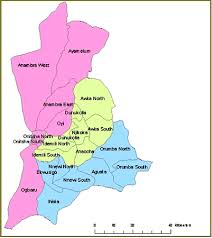 An Abuja Magistrates’ Court on Wednesday ordered a public servant, Moses Okwudili, to be remanded in police custody till January 13, pending the resolution of issues of jurisdiction.
Okwudili is charged with two counts of criminal breach of trust and dereliction of duty during the 2013 Anambra governorship poll.
The Magistrate, Simisola Adeniyi, who had earlier denied the accused bail, ordered that the prosecutor must address the court formally, since the alleged crime did not happen within the court’s jurisdiction.
“The prosecutor must address the court on this case before I can proceed with it,” Adeniyi said.
She adjourned the case to January 13 for further hearing.
Earlier, the prosecutor, DSP Stanley Nwodo, told the court that Okwudili committed the offence on November 16, 2013 at Idemili Local Government Area of Anambra State during the state’s governorship election.
Nwodo said the accused failed to discharge his lawful duties as an electoral officer designated to perform such duties.
He alleged that the accused unlawfully withheld electoral materials designed for the election on the date.
The prosecutor said the offence contravened the provisions of the Penal Code.
After the charges were read to him, the accused pleaded not guilty.
Counsel to the accused, Hilary Ugwu, applied for bail for his client, citing the Criminal Procedure Code and the 1999 Constitution.
In his response, the prosecutor opposed the bail application, saying that there was no assurance that the accused would appear for trial.
He added that the accused did not have a fixed address, therefore, caution must be applied in granting him bail.