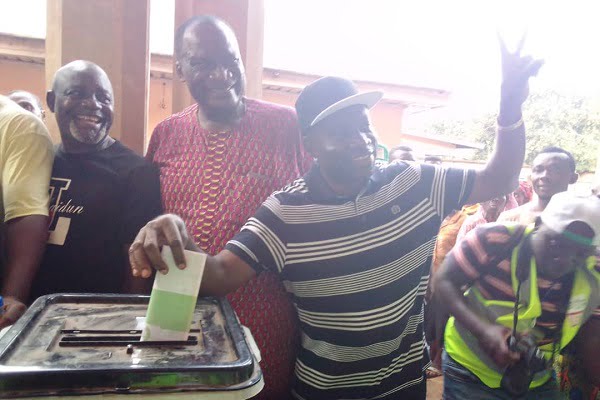 The candidate of the All Progressives Grand Alliance for the ongoing governorship election in Anambra State, Prof. Chukwuma Charles Soludo, has established a massive lead based on the results of five local government areas declared by the Independent National Electoral Commission at the LGA level.

This was as the INEC announced that collation of results at the State level will commence on Sunday as voting goes on in areas where there were challenges on Saturday.

Soludo has a total of 38,413 votes from the five LGAs collated so far.

He is trailed by Valentine Ozigbo of the Peoples Democratic Party, who has 14,543 votes, while Senator Andy Uba of the All Progressives Congress comes a distant third with 8,145 votes.

Earlier, the three candidates had coasted to victory in their respective strongholds.

The candidate of the PDP, who voted at polling unit 010 Social Center, Ward 005 of Aguata Local Government Area, scored 75 votes, followed by APGA with eight votes and APC two.

The candidate of the APGA, who voted at Isuofia Ward 13, Unit 002 in the Aguata LGA, scored 126 votes while PDP scored five and both APC and YPP scored three votes each.