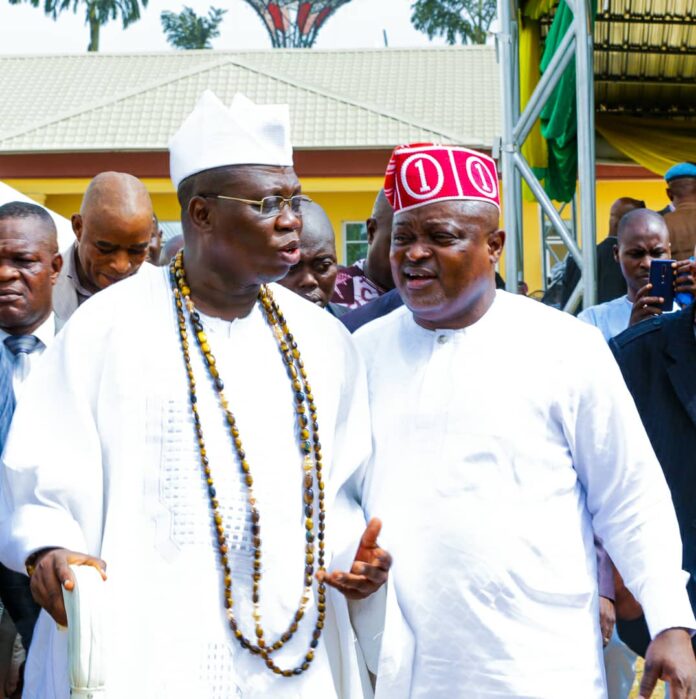 The Aare Ona Kankanfo of Yorubaland, Iba Gani Adams, on Monday said the successful implementation of Amotekun would attract more investments to the six states in South West.
Adams said this while addressing newsmen on the sideline of a one-day Stakeholders’ Forum on: “A Bill for a Law to Amend the Lagos State Neighbourhood Safety Corps Law 2019 to Establish Lagos Amotekun Corps.”
The News Agency of Nigeria reports that the Public Hearing was organised by the Lagos State House of Assembly.
Adams said: “Amotekun is welcome development.
“Psychologically, it will send signal to the criminals that Yoruba people are ready to maintain law and order, and complement the efforts of security agencies in Nigeria.
“As a matter of fact, if South West is well secured, investors will come into the zone and it will be an advantage to the economy of Nigeria.
“If the economy of the country is booming, it is not only the South West that will benefit from it.
“The commonwealth will be shared to other regions.”
Adams explained that the outfit would help secure people in various communities and gather intelligence for security organisations and other government agencies.
According to him: “Amotekun is neither meant to harm any ethnic nationality nor is it an enemy of non-Yoruba people who had been residing in Lagos for more than 200 years.
“We are not tribalistic and we believe in justice and fair play.
“We believe that irrespective of where you come from, you are a Lagosian, you are a Westerner inasmuch that you are not a criminal.
“When you are a criminal, you are an enemy of Amotekun, you are enemy of Yorubaland.
“But if you are living and believing in law and order, there won’t be a problem.
“I am telling you categorically, the fear of some people is that we are trying to create a state police.
“It is not.”
Adams urged pessimists to come to terms with the benefits the establishment of Amotekun would bring to the nation.
The Aare Onakakanfo said the South West would remain focused and advised some groups such as Miyetti Allah Cattle Breeders Association to desist from making provocative statements about Amotekun.
He commended Governor Babajide Sanwo-Olu and the Lagos State House of Assembly for holding the public hearing on the outfit, saying it was for the good of the Yoruba race.
Adams said the outfit would feature members of the Oodua Peoples Congress, hunters, vigilante, Agbekoya and Lagos State Neighbourhood Safety Corps, adding that no group could do it alone.
He said: “This is a conventional way of empowering the Amotekun to face the hardened criminals.
“This is not just about watching, giving intelligence reports to police.
“This is also about confronting hardened criminals who want to destroy, kill and cause nuisance to our region.
“All the groups that are good about security issues should be employed into the outfit.
“It is not about OPC.”
Also speaking, Tunde Braimoh, Chairman, House Committee on Information, said the Assembly prioritised security of lives and property in Yorubaland, which remained non negotiable.
The lawmaker commended the support of religious organisations, civil society groups, and opposition parties like the Peoples Democratic Party for their “brilliant” and thought provoking contributions.
NAN reports that the forum was well attended by various stakeholders in the state.