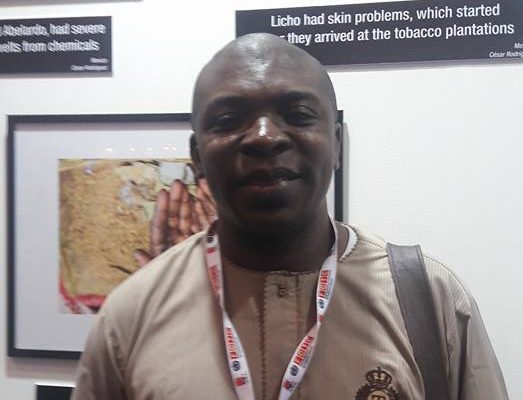 There has been deliberate falsehoods and emotive manipulation of facts around this Amotekun business and the Federal Government’s relationship with other unorthodox security outfits outside the South West following the declaration by the Attorney General of the Federation and Minister of Justice, Abubakar Malami (SAN), that the security outfit was illegal.
I don’t think South West will have Amotekun on the basis of many false equivalents and absurd outrage from those who think they are more Yoruba than others. For all its apparent laudable objectives, it appears that the South West Governors didn’t do enough to get the support of the Federal Government on this. The whole Amotekun thing is more political than legal.
On legal and constitutional grounds, the Federal Government is correct and on more solid ground regardless of what anyone says. Typical of any discourse in Nigeria, ethnic and religious narratives are thrown into debates to colour the real issues. Already social media is already engulfed in fire and fury from conspiracy theorists. Relics of buried animosities are being excavated and deployed in new war of attrition over Amotekun by ethnic warlords.
Our governors should have managed the political angle better by getting the approval of the President. A more administrative pathway should have been fashioned out to manage the relationship between Amotekun and Federal security forces. Those who have been comparing Amotekun with Kano’s Hisbah and Civilian Joint Task Force are just popularising mischief. Hisbah and CJTF are not the same as Amotekun. Federal Government also declared Hisbah as illegal and unconstitutional when Governor Ibrahim Shekarau started it in Kano. Hisbah does not even carry arms. Kano State challenged FG in court. I don’t know the status of the case now. Hisbah was backed by a State House of Assembly Law. There is no State or Federal Law that supports the legality of Amotekun as at today. Civilian JTF is a not a creation of any state. It is a community led effort to support the Military against Boko Haram. Military is a federal defence force working with CJTF.
The Rivers State Government through a law passed by its House of Assembly last year or two years ago established a state security outfit that will carry arms. The Federal Government also declared it illegal. It is wrong to make it look like Federal Government is supporting a section of the country while it is against Yorubas. If former President Olusegun Obasanjo’s administration called Kano’s Hisbah illegal and President Muhammadu Buhari says Rivers State can’t have armed security outfit, I do not see where the Federal Government is partial or has favoured any section of the country here.
My initial understanding of Amotekun was that it will be a special joint security operation comprising the Police, Military and Civil Defence dedicated to South West with special funding to be provided by the six states. The reports that members of the Oodua People’s Congress and others will form part of the security outfit will naturally raise flag, more especially when they will carry arms, and we don’t know recruitment criteria and operational manual. These are issues we can’t just wish away just because Amotekun has become another emotional topic for public commentaries.
Creating ethnic conflagration over what can be resolved through more consultations and engagements is needless. Apart from Governor Seyi Makinde of Oyo State who is a member of the Peoples Democratic Party, the five other governors are in same political party with President Buhari. Rather than employ unhelpful rhetoric, opinion leaders from the South West should work with the governors to broker a more workable arrangement with the Federal Government. We must reject this insidious narrative and ethnicisation of Amotekun. The entire process was wrongly handled by the promoters who should know better. As desirable as a more devolved national security architecture should be to take care of new and emerging threats at local and community levels, we must still work within the framework of existing constitutional arrangement until it is amended.
The two options for the South West governors beyond the media posturing and empty press statements is to re-engage the Federal Authorities for political solution or seek judicial resolution at the Supreme Court. Lagos is a shining example in pushing the limit of the relationship between the Federal Government and the federating units. It will enrich our jurisprudence again if the South West Governors challenge this in court.
While the leaders seek ways to resolve this, let’s avoid name-calling and stop raking up acrimonious ethnic narratives.