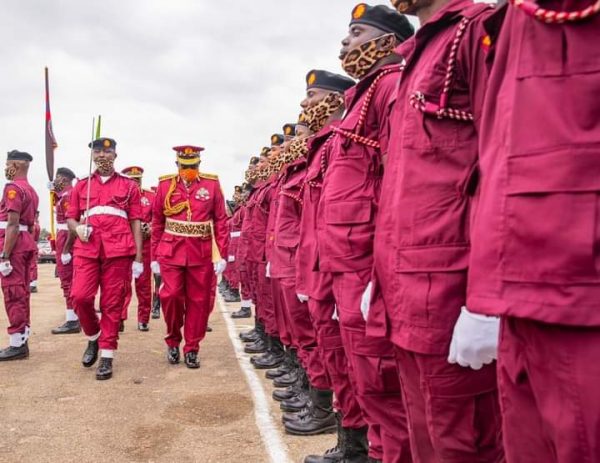 Governor Seyi Makinde of Oyo State, says he has signed a document for the immediate recruitment of 1,500 personnel to kick start the South-West Security Network, codenamed, Amotekun, in Oyo State.

Makinde made the disclosure on Tuesday, in Ibadan, during the post-protest meeting held with representatives of youths, artisans, commercial motorcycle operators and Taxi drivers.

The News Agency of Nigeria reports that the post-protest meeting was held within the State House of Assembly complex, Agodi, Ibadan.

Makinde said the new intakes of the Amotekun outfit will undergo two weeks training, between November 1 and November 15.

He also disclosed that the State Panel of Enquiry on Police brutality will be inaugurated on November 2, assuring that various pressure groups in the state will be represented as members of the panel.

In her remarks, the youths leader in Oyo State,  Bobola Agbeja, said that her group will continue agitating for what is right, stressing that the youths will not be discouraged in engaging in peaceful protests to express their grievances.

Agbeja, however, declared that none of the #EndSARS protesters was involved in the violence and looting witnessed recently in the state.

She implored the Makinde-led administration to do more in looking at ways it could engage the youths meaningfully.

NAN reports that top state government functionaries, including, the Speaker of the Oyo State House of Assembly,  Debo Ogundoyin, Secretary to the State Government, Olubamiwo Adeosun, and Head of Service, Ololade Agboola, attended the meeting.