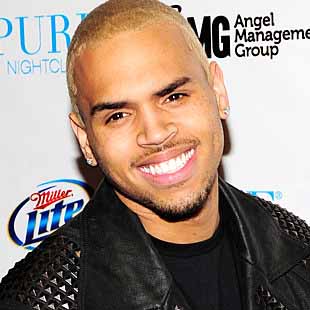 A United States of America judge ordered American rapper, Chris Brown, to remain behind bars for allegedly breaching his probation stemming from his notorious 2009 assault of then-girlfriend, Rihanna.
The 24-year-old, arrested on Friday after being booted out of a rehab facility in Malibu, will have to stay in custody until a probation violation hearing on April 23.
Judge James Brandlin said he found it troubling that Brown had told a group therapy session there: “I am good at using guns and knives,” prompting his ejection from the centre for drug and anger management.
Brown also violated the centre’s internal rules by “touching elbows or standing very close to a female client,” the singer’s attorney, Mark Geragos, acknowledged.
Geragos asked for Brown to be allowed to begin another rehab programme immediately, but prosecutor, Mary Murray, opposed this, saying the court had given him “repeated opportunities”.
“He’s put himself in custody,” Murray told the Los Angeles Superior Court judge.
Brown was arrested in February 2009 after getting involved in a physical confrontation with Barbadian superstar, Rihanna, that left her with a bruised and battered face.
He pleaded guilty to the assault and was sentenced to five years’ probation and community service, as well as being required to take part in domestic violence counseling.
California authorities filed probation violation charges against Brown last year, giving him an additional 1,000 hours of community service work on his sentence for beating the pop star.
In October, Brown checked into the rehab facility two days after being charged over an altercation in the US capital, Washington, in which he allegedly hit a man trying to take a picture of him outside a hotel.
In February, judge Brandlin said Brown was doing well with the court-ordered treatment programme, but ordered him to remain at the rehab facility.
The judge warned him at the time that any negative change in behaviour “could dramatically change your custodial status.”