American sent to prison for allegedly defrauding three Nigerians of $565,000 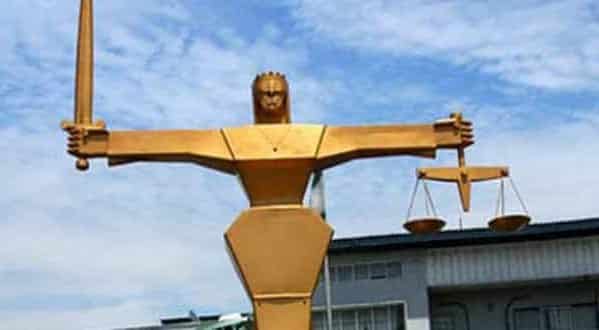 Share
Facebook Twitter LinkedIn Pinterest Email
An Ikeja High Court in Lagos State on Thursday remanded an American citizen, Marco Ramirez, at Kirikiri Maximum Prison for allegedly defrauding three Nigerians in a $565,000 Green Card and investment scam.
Ramirez was remanded following his not guilty plea to a 16-count charge of obtaining money under false presences.
He was arraigned by the Economic and Financial Crimes Commission.
The EFCC prosecutor, V. O. Aigboje, alleged that the accused, managing director of three companies: USA Now Plc, Eagleford Instalodge Group and USA Now Capital Group, committed the offences between February 2013 and August 2013.
Aigboje said Ramirez fraudulently received 545,000 dollars from Ambassador Godson Echejue to invest in his company, Eagleford Instalodge Group, in order to procure an American green card (residence permit) for him (Echejue).
He also allegedly received 10,000 dollars from one Abubakar Umar through a non-existent investment programme in the U.S., which would make Umar eligible to obtain an American passport.
Furthermore, EFCC accused Ramirez of illegally receiving $10,000 from one Olukayode Sodimu, under the pretext that the funds were facilitation fees with the American Immigration Services for an American green card.
After Ramirez took his plea, Aigboje requested that he be taken from the custody of EFCC to prison custody.
Aigboje said: “There are no bed spaces available in the commission. I apply that the defendant be remanded in prison custody.”
Chukwudi Maduka, the defence counsel, in his submission, requested that Ramirez be kept in the custody of EFCC and not in the custody of the Nigerian Prison Service.
Maduka said: “Ever since my client has been in the custody of the EFCC, we are just seeing this charge for the very first time today.
“He is already on EFCC bail in Abuja and his International passport has been forfeited as part of his bail conditions.
“We will like to file an application for his bail today.
“We pray that the defendant be remanded in the custody of the EFCC pending the time my Lord hears the bail application.”
Justice Josephine Oyefeso, however, rejected Maduka’s request and ordered that Ramirez be remanded in prison.
Oyesefo said: “The proper place for remand is prison custody and I so order.
“The case is, hereby, adjourned to July 3 for hearing of the defendant’s bail application.”
Ikeja High Court Kirikiri Maximum Prison Lagos State Marco Ramirez
Share. Facebook Twitter Pinterest LinkedIn Tumblr Telegram Email