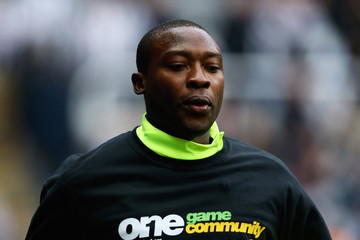 One of the 32 players listed by Coach Stephen Keshi in Nigeria’s provisional squad for the African Cup of Nations in South Africa, Shola Ameobi, has withdrawn from the squad.
The Newcastle United striker made his intention to withdraw known after a meeting with his English Premier League Manager, Alan Pardew.
Ameobi, who scored the winner against Queens Park Rangers on Saturday, is expected to play a key role in Newcastle from January when the club’s main striker, Demba Ba, is expected to leave.
Ameobi, it is recalled, after years of interest from Nigeria, made his debut for the senior national team in a recent international friendly match against Venezuela in Miami, United States of America.
Another player who is doubtful for Nations Cup is the big defender, Danny Shittu.
Shittu’s manager at Millwall is reportedly mounting pressure on him to shun the invitation.