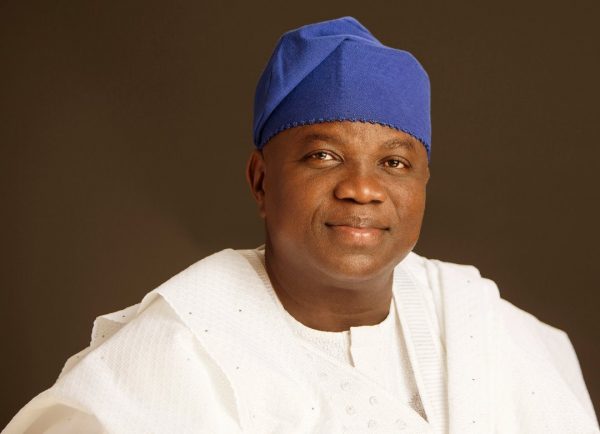 The people of Epe in Lagos State on Tuesday gave backing to one of their own, Akinwunmi Ambode, as they chased away operatives of the Economic and Financial Crimes Commission, who had come to search the house of the former Governor.
Videos of the face-off with the EFCC operatives showed residents of Epe banging on the bus brought for the operation.
Commercial motorcycle operators, popularly called okada riders, abandoned their work to express solidarity with Ambode, who did not get a second term ticket from his party, the All Progressives Congress.
He lost the ticket to the incumbent, Babajide Sanwo-Olu.
The EFCC had accused Ambode of N9.9 billion fraud.
The Agency said the fund was discovered in three accounts operated by a Permanent Secretary in the Lagos State Government, Adewale Akinsanya.