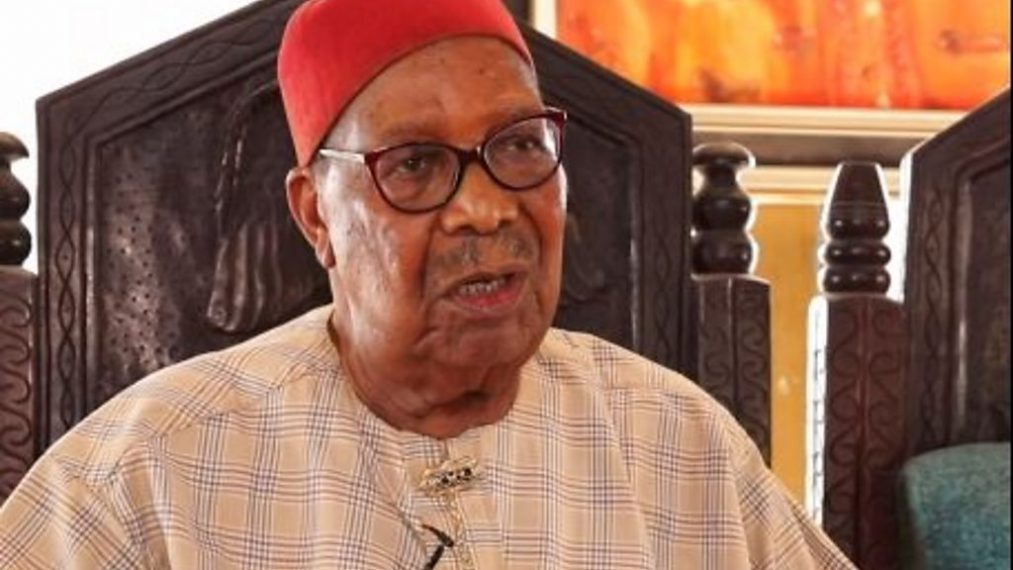 Iyom Chinelo Amaechi, the wife of the Minister of Aviation in the First Republic, Chief Mbazulike Amaechi, is dead, the family has announced.

The former Minister announced the death in a statement to newsmen in Awka, Anambra State on Tuesday.

Amaechi described the deceased as “a professional nurse and good housewife, who was able to blend professional work with home management.

The statement added that the deceased was on admission for 10 days for an undisclosed ailment.

The former Minister appreciated the time he spent with her, adding that her many good legacies would be greatly missed by the entire family.

Amaechi added: “I’m happy to have married her because she helped to nurse me.

“She was the head of the Catholic Women’s Organisation in the church.

“She also played a prominent role during my nationalist drives.”

Amaechi stated that he wedded her at the Holy Trinity, Onitsha after about 10 months of courtship.

He added: ““Iyom Chinelo was a maiden of Umuoji in Idemili South Local Government Area of the state.

“She retired as Chief Nursing Officer in 1982 at the Mburi General Hospital, Nnewi, now NAUTH.”