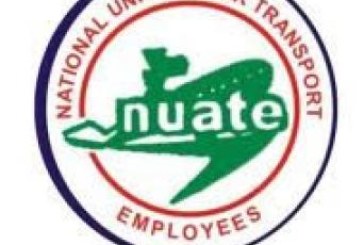 The unions in the aviation sector have threatened to shut down operations at the Murtala Muhammed Airport 2, Lagos on October 10, over alleged sack of 20 employees who indicated interest to unionise.
The News Agency of Nigeria reports that the unions had in a Notice of Strike obtained by NAN on Tuesday threatened to disrupt operations at the terminal operated by Bi-Courtney Aviation Services Limited.
The unions are; The National Union of Air Transport Employees and Air Transport Services Senior Staff Association of Nigeria and the National Association of Aircraft Pilots and Engineers.
The notice of strike dated October 5, was jointly signed by the General Secretary of NUATE, Olayinka Abioye, General Secretary, ATSSSAN, Frances Akinjole and General Secretary, NAAPE, Ocheme Aba.
The unions said they were compelled to issue the notice following the refusal of the BASL management to cooperate with the interventions of the Nigerian Civil Aviation Authority and airport security agencies.
The unions said all services to MMA2 would be withdrawn effective October 10, unless the management fully reinstate all the affected workers without loss of pay or seniority.
They also advised the management to recognise the unions and allow the unhindered processes of unionisation in BASL in compliance with extant labour laws.
They said: “By this notice, all aviation workers connected with MMA2, including the employees of BASL, are hereby directed to withdraw their services as above notified and join other members in the organised protest activities at the terminal on that date as from 6a.m.
“By this notice also, all business enterprises, including airlines are hereby advised to note this development and make alternative arrangements as may be feasible.
“In similar manner, the traveling public are equally advised to seek alternative traveling points, or dates.”
The unions, while apologising for any inconvenience caused by the disruption, vowed to continue the protest until BASL accede to their demands.
NAN reports that the unions and BASL had been at loggerheads since May when the workers were laid off.
The spokesperson for BASL, Steve Omolale, had said contrary to the claims of the unions, these workers who were relieved of their appointment were staff, who had either attained retirement age or who were found not to be diligent in their duties.